Justin Bieber is a world-renowned singer whose concerts are sold out shortly after tickets go on sale. Because he is loved by many people, it was shocking to find out that the artist is facing serious health problems. Recently, Justin Bieber talked about his recent health issue. It seems that he has half a paralyzed face, which is why he had to postpone his tournament. The tour was very important, because Justin was going to play both in America and in Europe.

The singer faced a few days of facial paralysis due to Ramsay Hunt syndrome, so he decided it was time to let his fans know why he had to postpone his concerts for a while. Justin said he can barely eat and is very worried about what is happening in his life now. 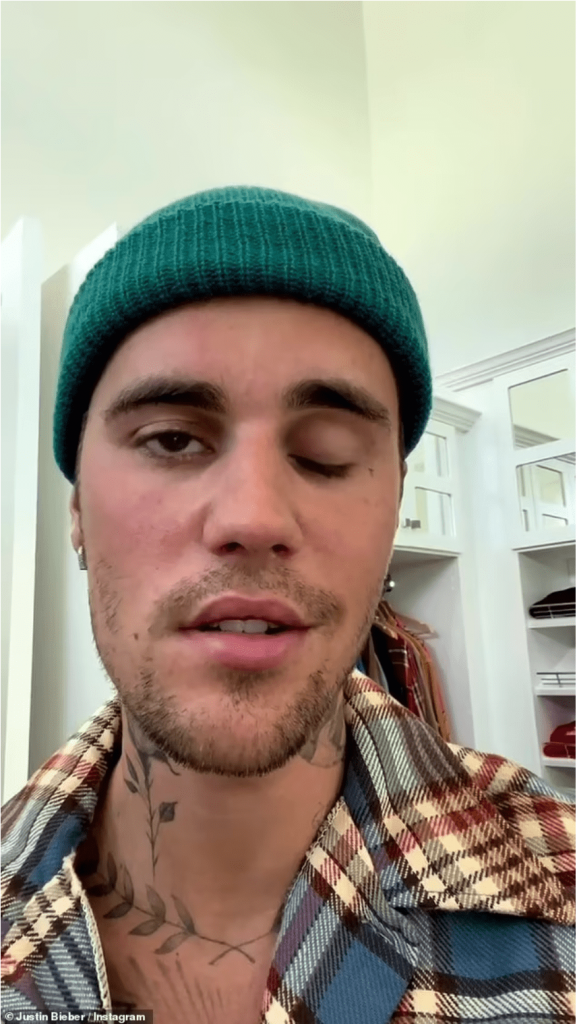 Justin made this announcement through a 3-minute video, in which he explained the diagnosis that the doctors gave him. From the video you can see that Justin’s condition is quite scary.

Justin started the video with the following words: ‘Obviously as you can probably see with my face. I have this syndrome called Ramsay Hunt syndrome and it is from this virus that attacks the nerves in my ear and my facial nerves and has caused my face to have paralysis “. 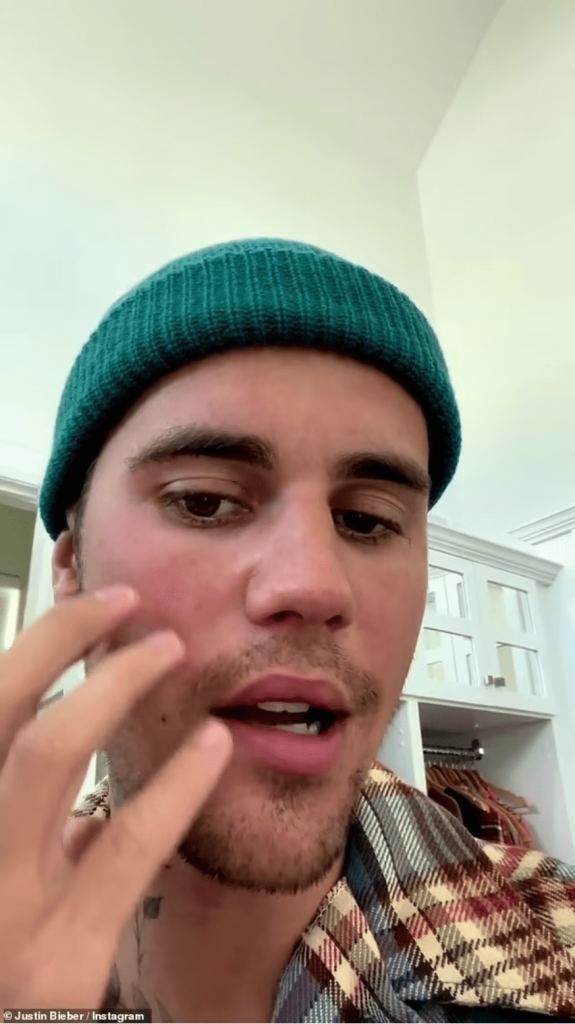 Justin also posted on the instagram story, saying “Been getting progressively harder to eat which has been extremely frustrating, please pray for me”. It would certainly be worrying for each of us to feel that we have half a paralyzed face. This can make life and daily activities very difficult. 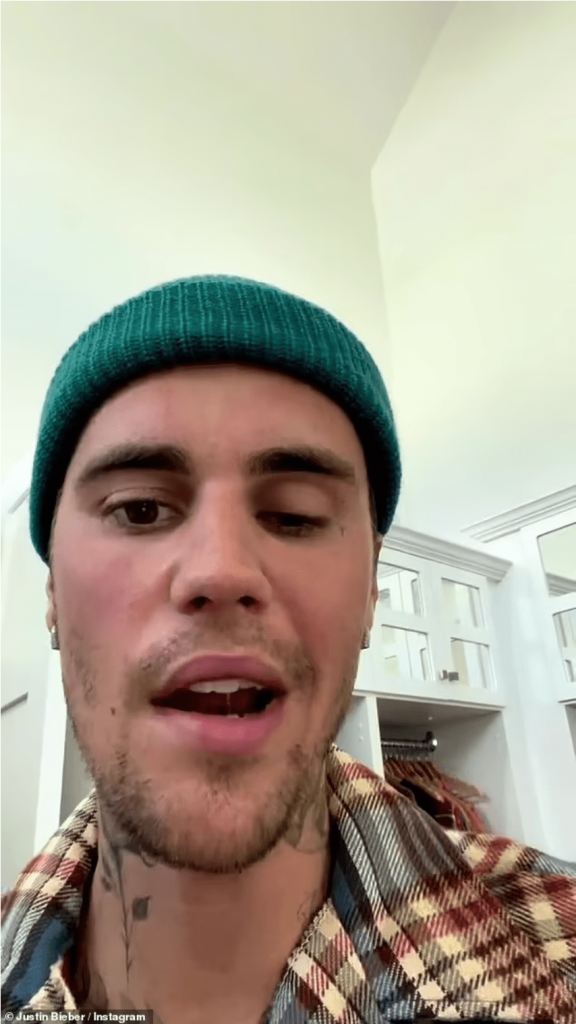 The singer said he tried to do everything he could to improve his health, but he feels worse and worse and finds it hard to resist, both physically and mentally. The emotional state he is going through is understandable. 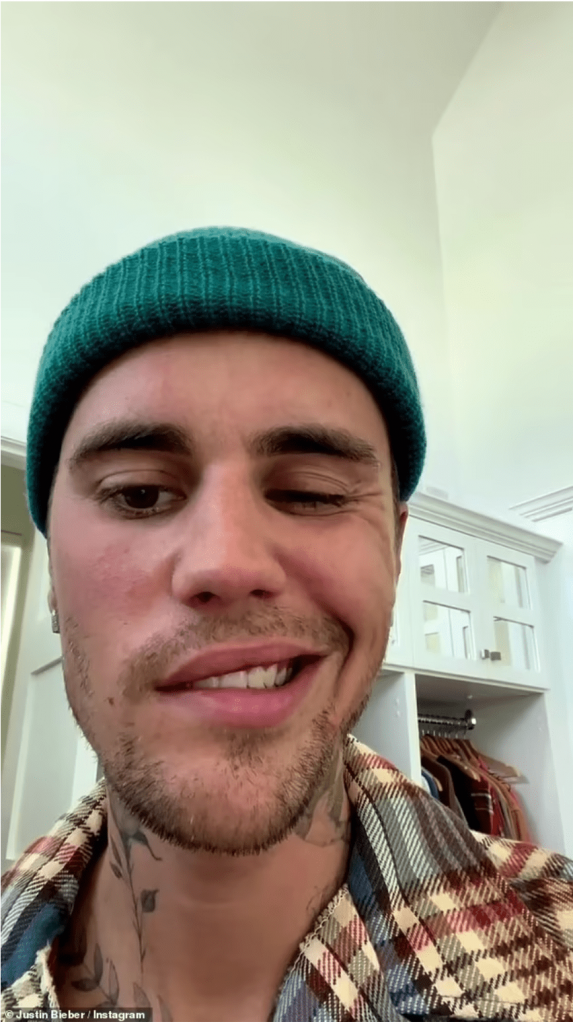 Justin has also apologized to his fans that he has to postpone his concerts and can’t even offer a specific date when he will return to the stage. Apparently the doctors told him that this was the best decision right now: to rest to get well. There are people who are upset about the postponed concerts, but Justin told them, ‘So there is complete paralysis on this side of my face. So for those who are frustrated by my cancellations of the next shows, I’m just obviously obviously not capable of doing them. This is pretty serious as you can see. I wish this wasn’t the case but obviously, my body is telling me that I’ve got to slow down and I hope you guys understand. I will be using this time to rest and relax and get back to 100 percent so that I can do what I was born to do ”.

Justin said he would do everything in his power to recover and feel better. He will try to rest a lot and relax, to give his body a chance to relax and fight the problems he faces. Unfortunately, there is no specific time when these problems will be resolved 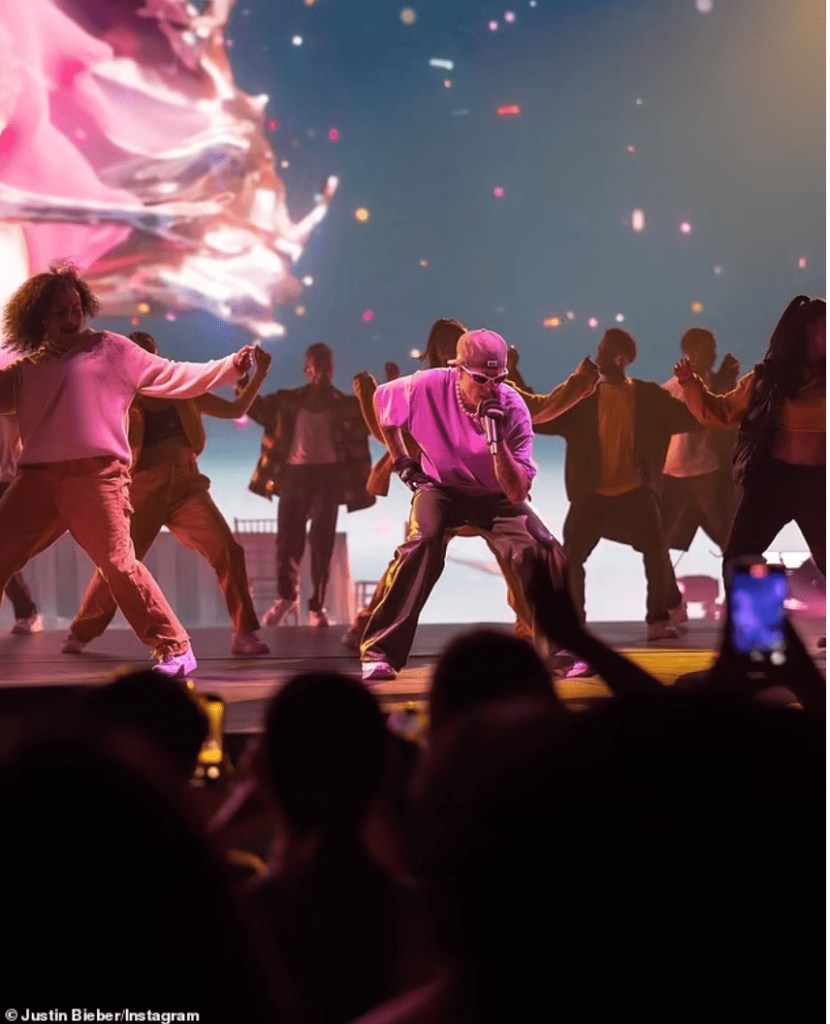 Justin confessed that although he does not understand exactly what is happening to him and does not know how to handle this situation, he trusts God’s plans and knows that everything happens for a reason, so he will be patient. Justin’s health problems came just 3 months after his wife, Hailey Bieber, arrived at the hospital with a blood clot in her brain. Hailey was eventually identified with a Grade 5 PFO, or a flaplike opening in the heart. Fortunately, the problem was found in time and the doctors were able to act quickly. She had surgery to close that hole, and now she is recovering and feeling well. 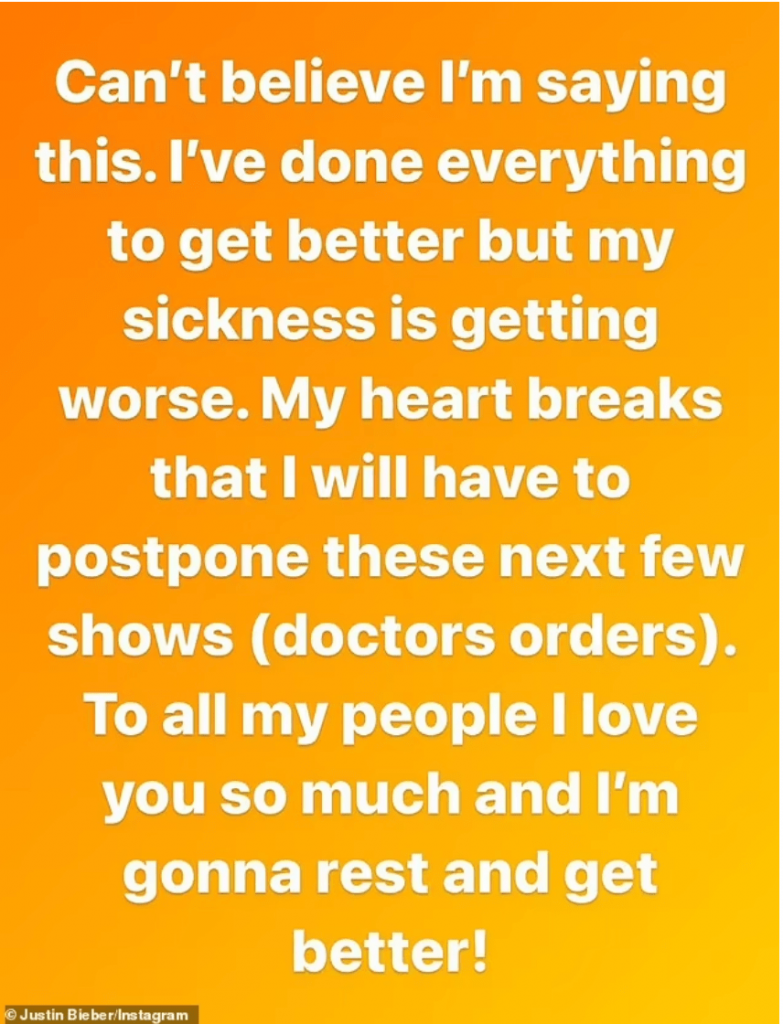 The couple is grateful to all the people who are with them and hopes to have a good recovery. Justin will definitely be able to overcome these moments and return to the stage, where he feels best and where he is expected by his fans. 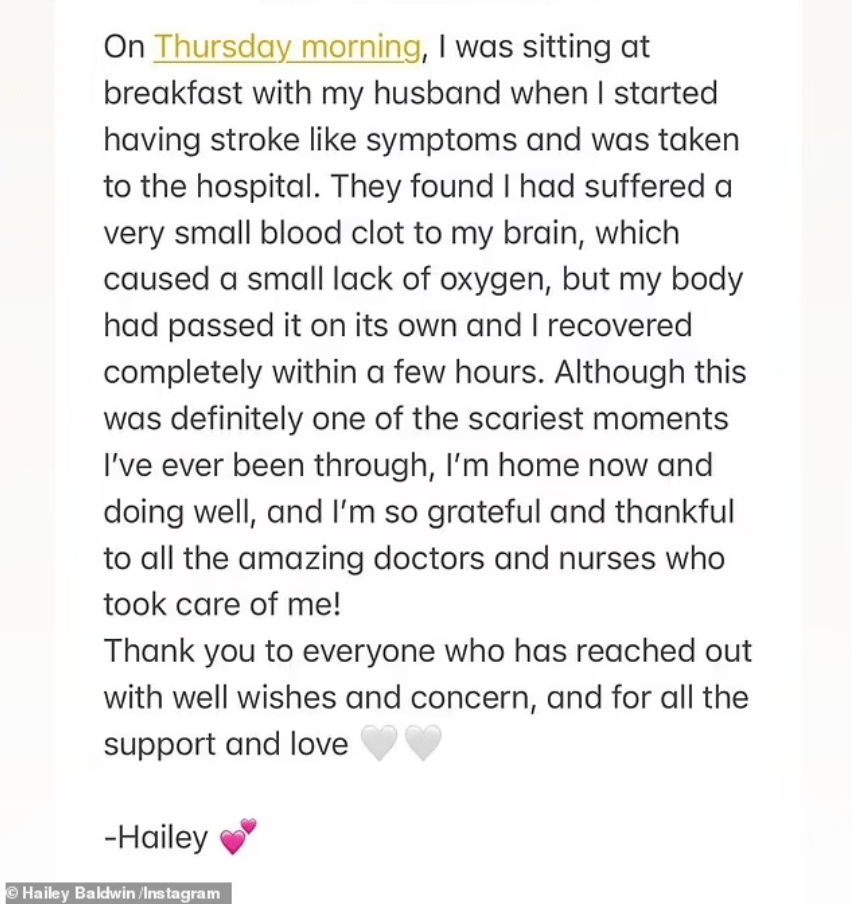