Many touching stories emerged from the 2019 Boston Marathon. Few were more inspiring than Micah Herndon’s. 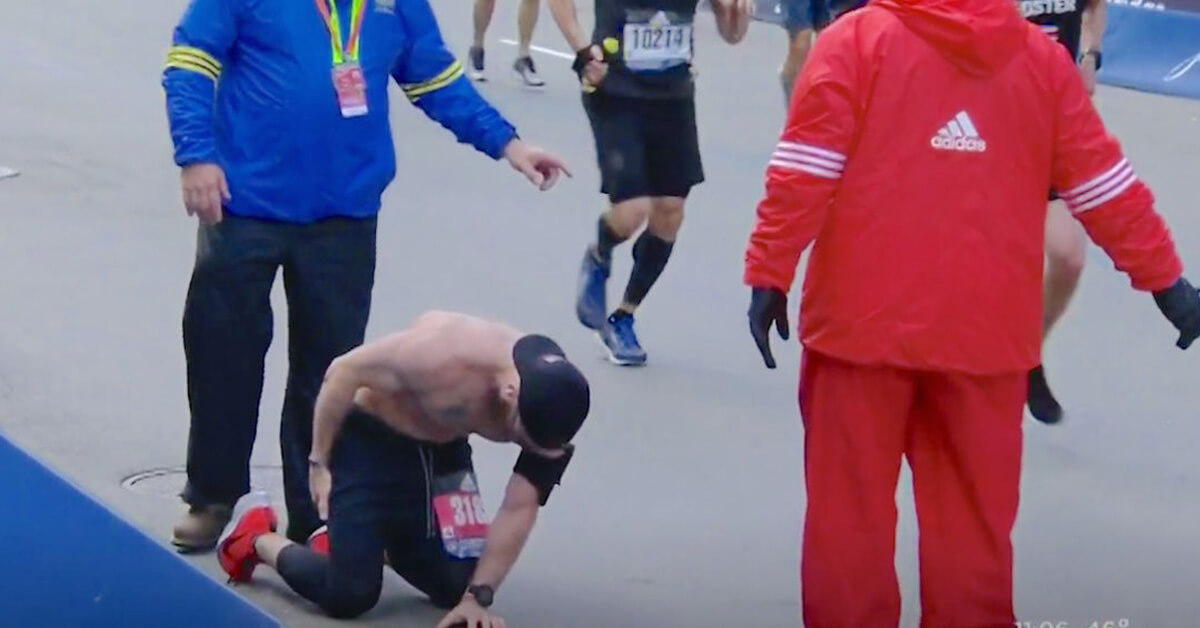 Herndon ran nearly 22 out of 26 miles before his legs began to cramp.

The cramps became so unbearable that his legs locked up. He couldn’t go on. The marine fell to the ground in pain.

The story doesn’t end there. Herndon had an important reason for running. He entered the Boston Marathon in honor of three fallen comrades.

In 2010, the four men were serving together in Afghanistan when an IED exploded.

Three of them — Rupert Hamer, Mark Juarez, and Matthew Ballard — lost their lives.

Herndon survived, but he never got over the guilt that he made it while they didn’t.

Running was his solace, and participating in the marathon was his way of paying tribute to his friends.

Even on the ground, in pain with leg cramps, Herndon knew he couldn’t give up.

When he saw soldiers carrying another runner, it inspired him to keep going. Herndon, though, was determined to finish the marathon alone.

He got on his hands and knees and began to crawl.

As he inched forward over the last few miles, he saw the familiar names tattooed on his hand: Juarez, Ballard, and Hamer. He repeated those names over and over all the way to the finish line.

When he finally reached the end of the race, it was almost as if his friends were there, crossing the finish line along with him.