There are many people who get nervous when they are driving but from time to time, we hear about something that really would make anybody nervous. Perhaps it was a story about an accident or nearly an accident that occurred. It may also be a suspension bridge that frightens people to the point where they actually have to have somebody drive across the bridge for them. This is more of a common occurrence than most people realize but in Japan, there is a bridge that is enough to make anybody’s toes curl.

Some people can go across the bridge and they don’t really think about it but other people are petrified from the moment that they leave the ground. There are even some bridges that are so high that you have to sit with your eyes closed while somebody else drives you across the bridge. They might make it convenient for you to get across but it doesn’t stop the fact that the bridge is just too frightening for you to handle on your own. 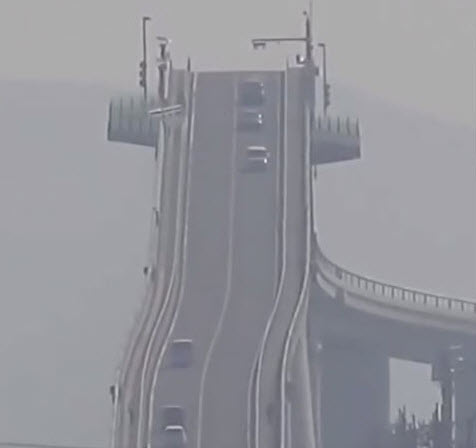 Of course, there are always going to be bridges that are more frightening than the one you’ve traveled across, unless you are talking about this unusual bridge.

It is known as the ‘Roller Coaster Bridge’ because of the way that it is constructed. It is really the Eshima Ohashi bridge, located in Japan. The river that it crosses has a lot of boat traffic so they needed to make sure that there was plenty of clearance so the boats could get underneath the bridge easily.

The engineering that went into this bridge must’ve been fantastic. Drivers have to go up and down a very steep hill before they end up doing the same thing on the other side.

Imagine how your stomach would feel as you crossed the bridge that you see in the picture. It is somewhat of an optical illusion, however, because the maximum slope is only 6.1%. Yes, that’s a lot but it does look worse in the picture.

The local government says there’s nothing to fear because all vehicles can travel the bridge safely. It might look as if it is incredible but believe it or not, no accidents have occurred on the bridge as of yet. It is even a tourist attraction.

Within the city, the Roller Coaster Bridge is one of the top 24 tourist attractions and people come from all over to drive it. The experience is unique, if not a little frightening. 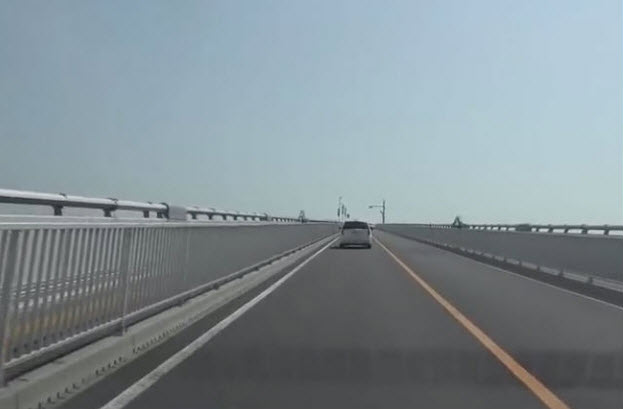 Even though the bridge may appear frightening, everybody feels as if it is safe. Some people still debate over whether they will drive across the bridge or not and many say they would not have a problem in doing so. Other people are just thankful they are not visiting Japan.

Regardless of which side of the fence you happen to be on, watching people going up and down the steep slope is thrilling. You may even want to try it for yourself! See more in this video: