Ryan Paul and his father, Robert live in New Jersey. Having autism, Ryan was taught at an early age to call 911 if there was ever an emergency in his home. 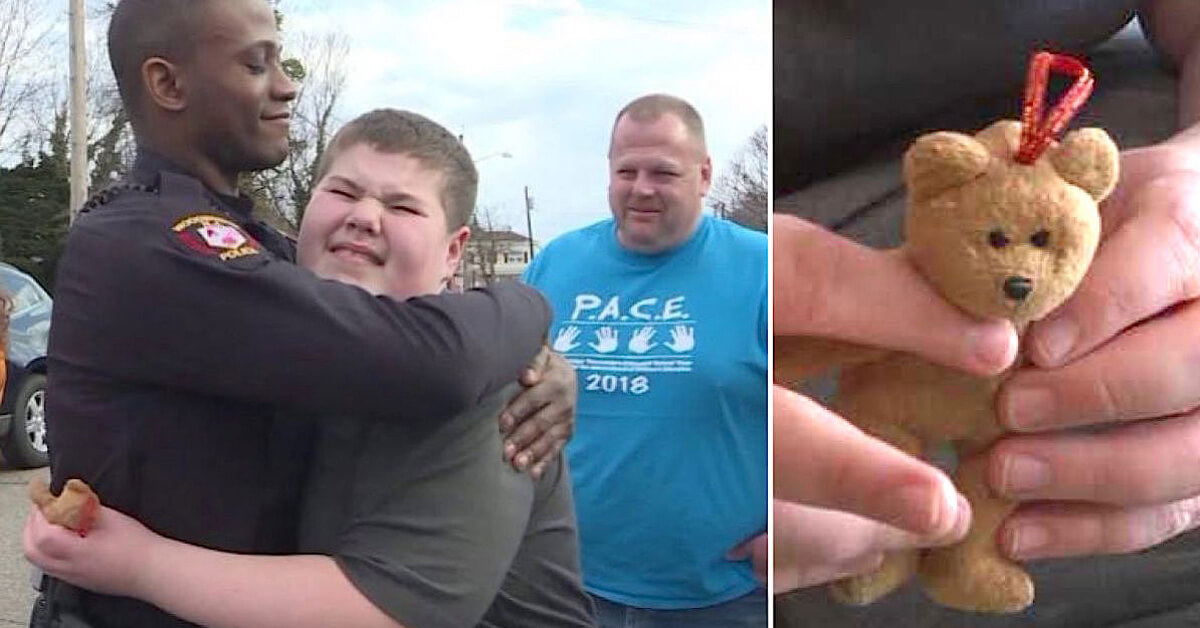 One day, Ryan was playing in his bedroom, and he got upset when his favorite teddy bear, Freddy, went missing.

In a panic, Ryan picked up the phone and called 911 to report the disappearance of his teddy bear, but before the operator could get any details, Ryan hung up the phone.

A moment later, the operator called back to make sure that everything was alright, and Robert explained to the operator what had happened.

After speaking with the operator for a moment, they hung up the phone, and Ryan and Robert both thought it was over.

However, that wasn’t the case quite yet.

Officer Manzini, a rookie cop, in New Jersey, received the call from the 911 operator, and he was already in route when the operator spoke to Ryan’s father.

Due to the police department’s policies, Officer Manzini followed through with the call, showing up at the home.

At first, Robert was a little worried that the police officer might not understand his son’s condition.

Many people had a hard time knowing how to interact with Ryan, but luckily, Officer Manzini had special skills that allowed him to communicate with Ryan effectively and handle the case, Operation Teddy Bear.