Stephnie and Carlos, along with their four children, were involved in a deadly car crash. 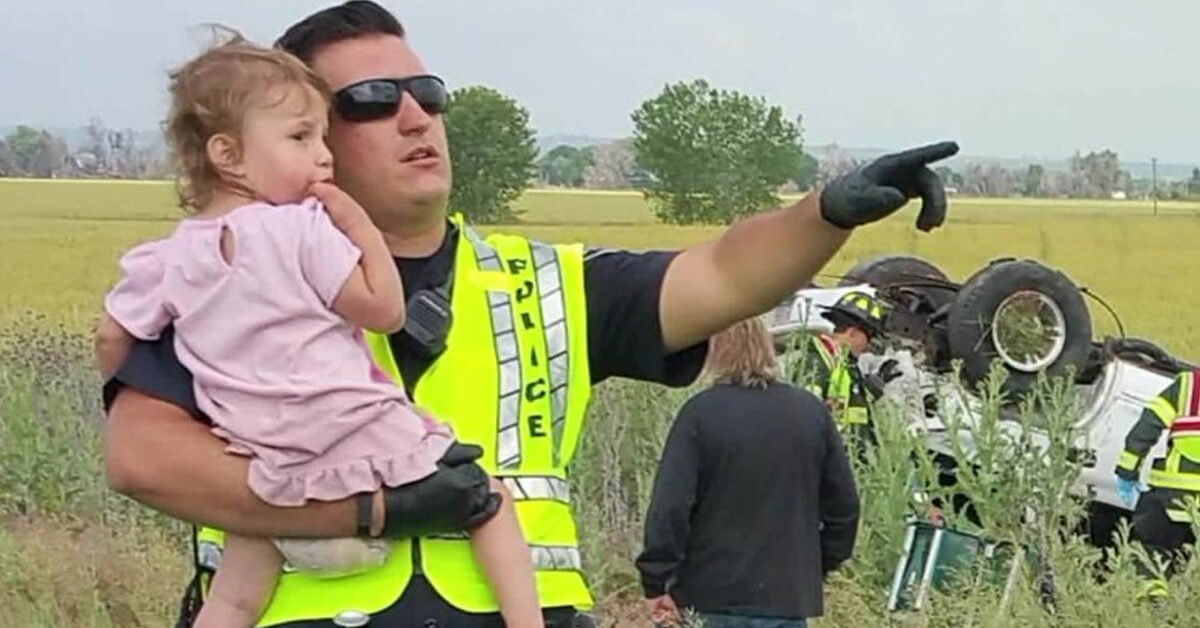 All six people in the vehicle were ejected from the vehicle while it was flipping off the road and into the grass.

Carlos was killed in the accident. Sirena, their two-year-old, was the only one who left the scene of the accident with no injuries.

Nick Struck, the first responding police officer, was there to comfort the unharmed 2-year-old.

Struck knew that even though the little girl escaped from the crash unscathed that her pain wasn’t over. He tried to do all he could to comfort her.

Nick Struck’s paternal instincts took over and he began to comfort the little girl. He used a technique he often used to calm his own daughter.

Sirena may have lost her father in the car crash, but she made a new friend in Nick Struck.

The officer went above and beyond what was necessary for this situation. Thanks to witness accounts and photographs, Nick Struck has went viral.

He is now being praised by people all over the world for his act of compassion during this little girl’s traumatic event.