Calvin Thompson and girlfriend Tiffana Lemaster were already on the highway in their vehicle headed to the hospital in order for Tiffana to give birth to their baby in a safe and warm environment. 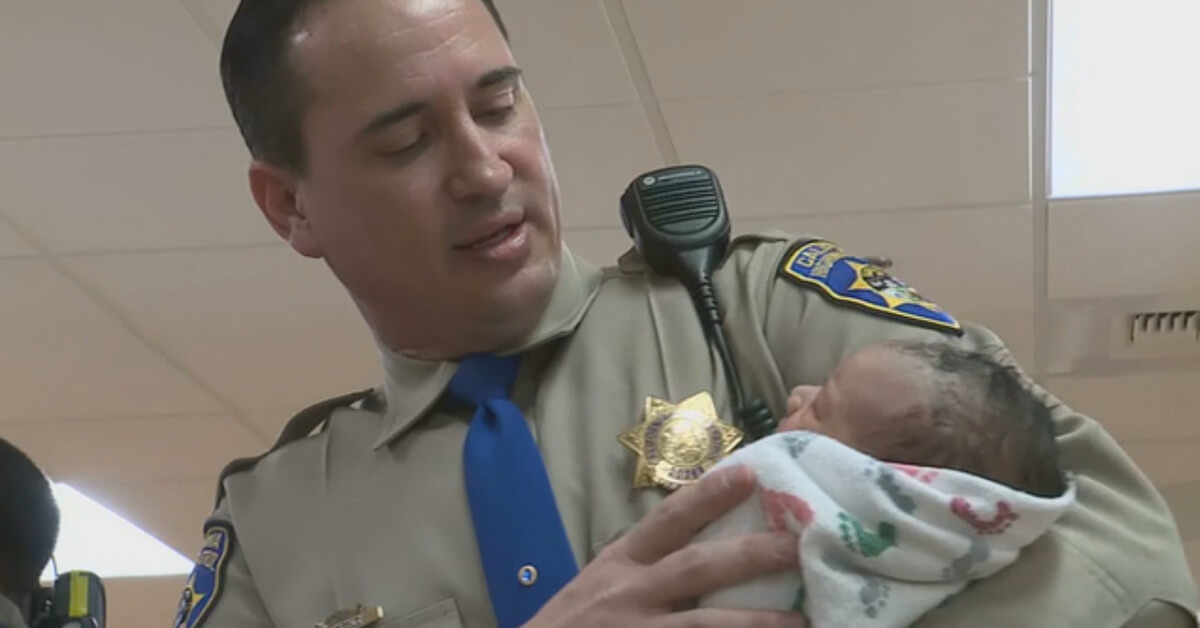 But their infant had other ideas as Tiffana’s labor pains intensified, and Calvin had to pull over to the side of the highway and stop the car for her to give birth to a little boy.

Luckily, California Highway Patrol officer Philip Dibene was right where he was destined to be in order to prevent the new family from losing their little newborn, which they named Ezekiel.

Unfortunately, the baby was in serious trouble. Dad Calvin, who had assisted with the delivery, noticed that Ezekiel wasn’t breathing as he handed the infant to Tiffana.

Officer Dibene was passing the area and noticed the car parked on the side of the highway.

He discovered that this new family quickly needed his help and his expertise to revive their newborn son.

Tiffana quickly handed her infant over to the officer, who recalls he kept praying that everything would turn out all right as he remembered all of the things he was taught during his training many years ago.

The father of four children himself, Officer Dibene went to work turning the baby over and slapping the baby’s back firmly but gently.

After just a few moments of the officer’s firm tapping, the baby coughed up whatever was obstructing his airway and began crying, moving his arms and legs.

Everyone let out a sigh of relief that little Ezekiel was alive and OK, finally getting to meet the heroic CHP officer who was in the right place at the right time to save his life.