This is a story of an adorable 2-year-old boy called Logan Moore, who was born with hypotonia, a disease that affects muscle tone, thereby hindering Logan’s motor skills. 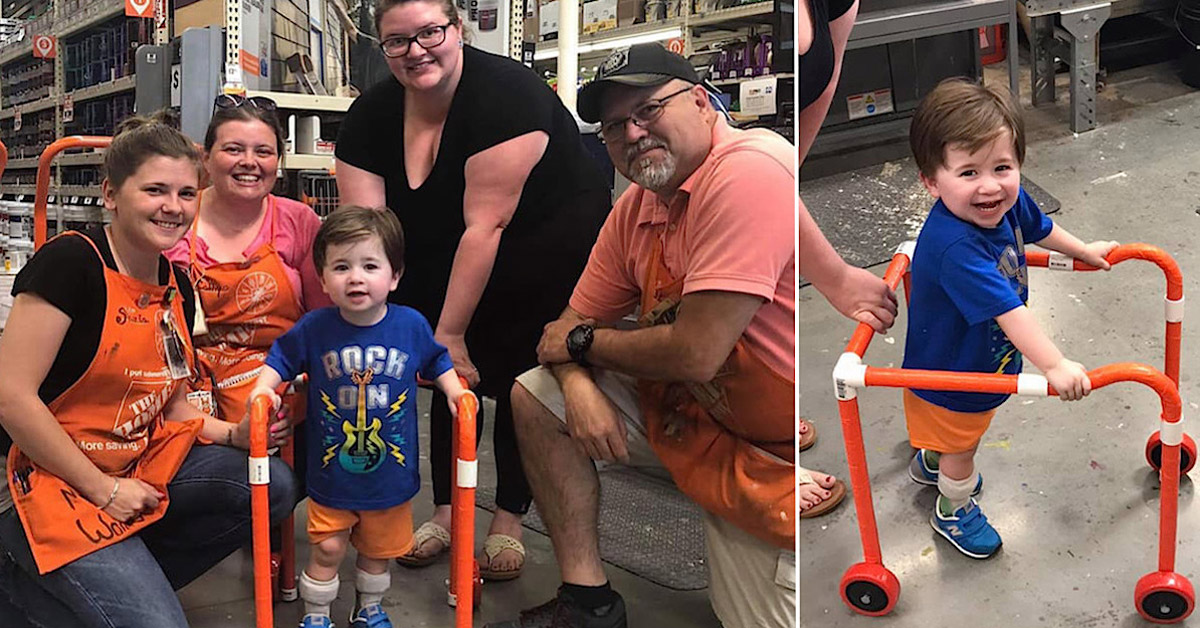 In an effort to help him walk, Logan has to wear braces on his feet, but his parents soon realized they would need more than just braces to help Logan move around on his own.

Logan needed a walker, but his parents knew that their health insurance wouldn’t cover one, and buying one was out of the question since most walkers cost over $600.

The solution? To make a walker instead of buying one.

With the help of YouTube videos and online research, these dedicated parents decided to make a DIY walker for their son using PVC pipes.

Once they were confident enough, they went to their local Home Depot in Cedartown, Georgia, so they could buy the necessary parts they needed to build the walker.

They reached Home Depot and spoke to Cathy Ennsley, a compassionate manager who also happened to have a daughter with special needs.

After understanding what the Moores’ were after, the employees at Home Depot asked the family to get some ice cream and return in an hour’s time.

The Moores’ did as requested, but they had no idea what they were going to experience in an hour’s time.