Rebecca Boyd took her daughter to see the movie, Cinderella so that they could see it together. They sat down to enjoy the movie but then a problem came up, as it often does. There were teenagers sitting behind them that were kicking the seats and being noisy. Rebecca turned around and told them to stop so they could enjoy the movie but they didn’t pay any attention to what she said. What happened after the movie, however, has captivated the nation. 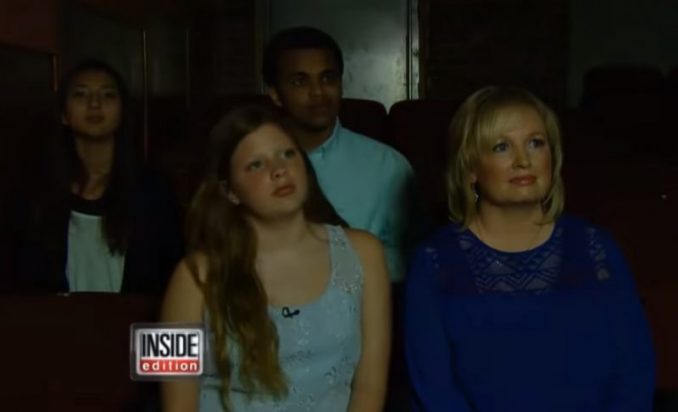 Rebecca Boyd was at the Tannehill Premiere Cinema 14 to see a movie with her daughter.

She wanted to have a good night out with her 12-year-old daughter but she ended up being annoyed because of the obnoxious teenagers that were also in the theater. She asked them to be quiet but they continued to kick their seats and be noisy.

They didn’t listen to what she said but they were rude and continued to ruin the time for everyone. The mother told them how much their behavior was affecting her and her daughter. 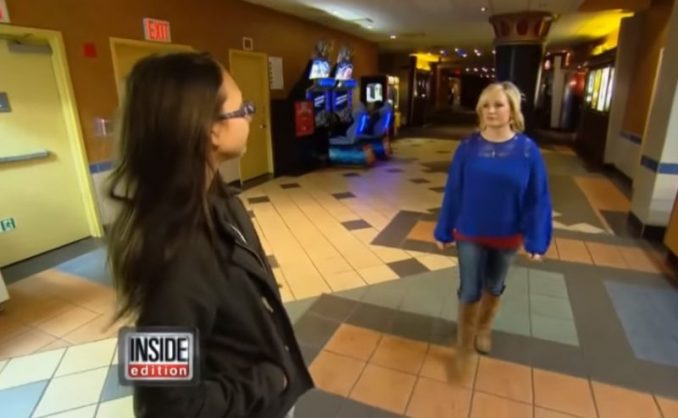 The good thing is, the girls who were out of line also had their big brother with them. He told their mother how rude they had been. Rebecca was surprised with the impact it would have.

When the girls’ mother, Kyesha Smith Wood heard about it, she knew that she couldn’t let it go. She used social media to track down Rebecca and to find out who it was that told her 13-year-old daughter and stepdaughter to be quiet. 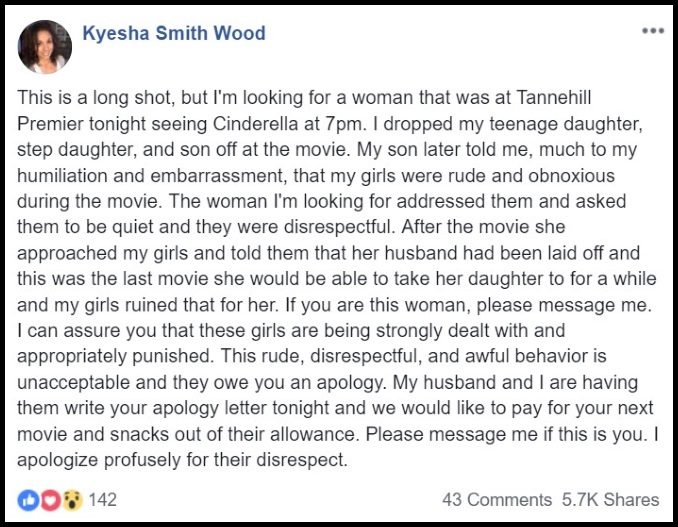 “I can assure you that these girls are being strongly dealt with and appropriately punished. This rude, disrespectful, and awful behavior is unacceptable, and they owe you an apology,” Kyesha wrote in her public post.

“My husband and I are having them write your apology letter tonight and we would like to pay for your next movie and snacks out of their allowance. Please message me if this is you. I apologize profusely for their disrespect.”

Kyesha didn’t let things go. She posted the message publicly and it also made it on a community Facebook page. The Jefferson County Sheriff’s office even posted it.

After it went viral, it reached Rebecca Boyd. 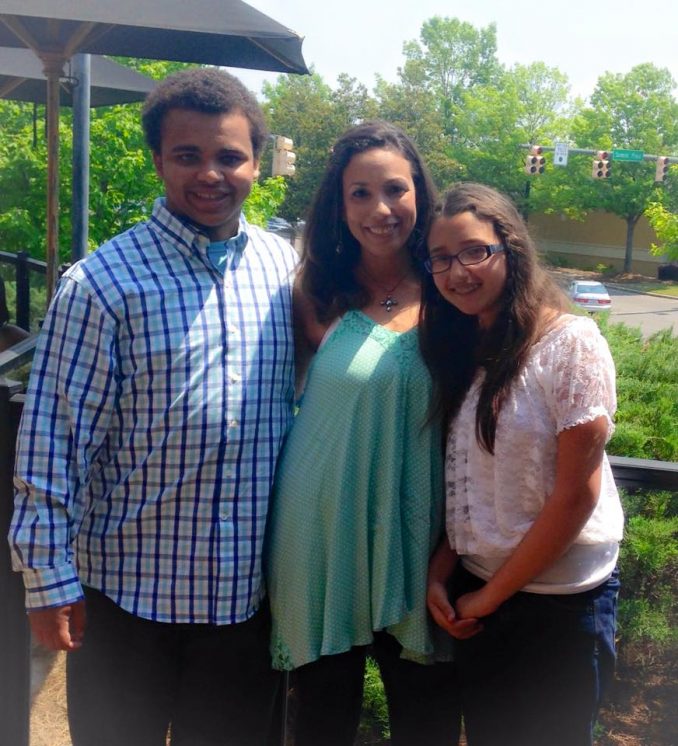 It seems as if the incident also had the right impact on the girls.

“My girls are so mortified. They are humiliated. And, that’s okay because I told them, ‘You know what, you’re not going to do this again,’” Kyesha said, according to ABC.

She can’t say enough good about what Rebecca did and she’s thankful that she was forgiving. “She’s the most gracious, kind and forgiving woman. I am so humbled by that, and I’ve been telling people the real hero of the story is her,” she said.

“She took it upon herself to correct my girls and no one else around them did.”

The greatest part of the story is that the girls have become close friends and are even eating meals with each other.

The mothers have also bonded because of their belief in parenting the old-fashioned way. It sometimes pays to call the child out when you hear them or see them doing something wrong.

You can find out more in this video: 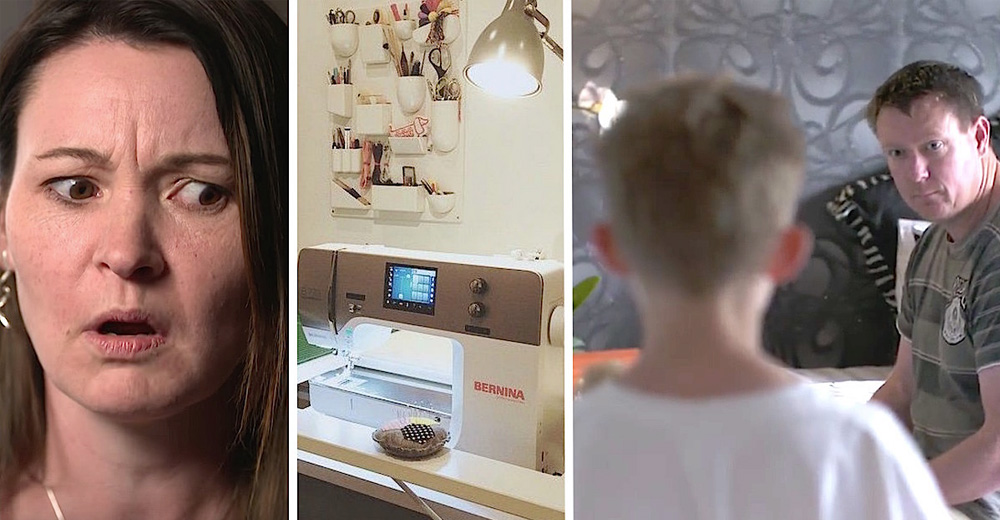