When former Marine Robert Krause, who served in the military in the 1950s, passed away, there were no family members to claim his body. 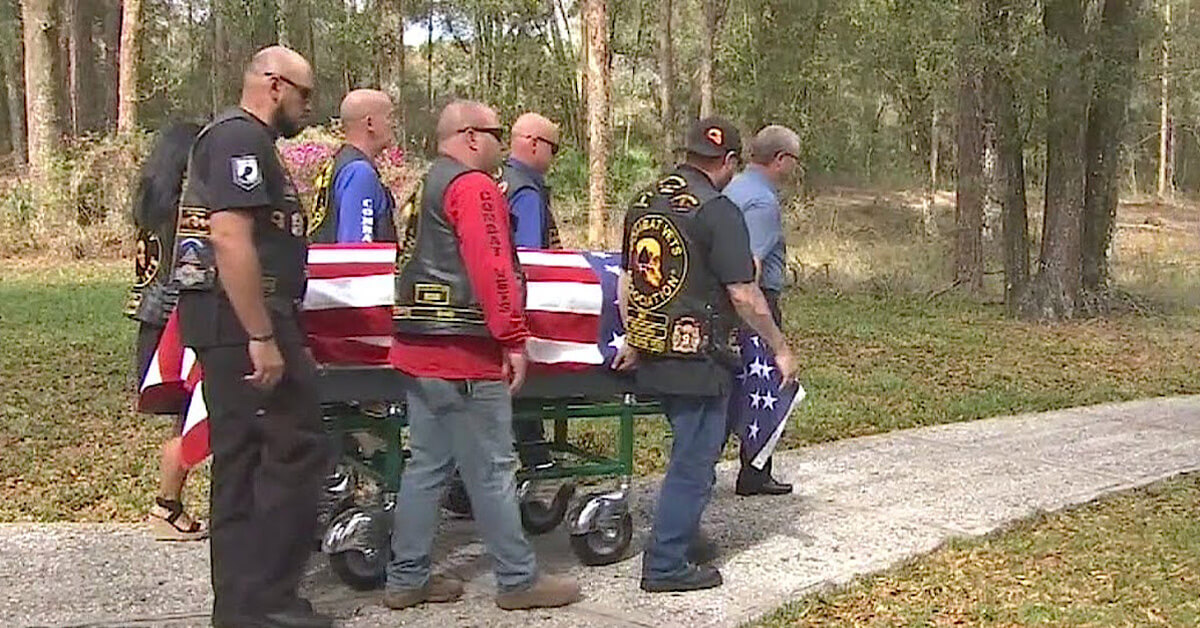 This meant he would be laid to rest without any acknowledgment, becoming one of the thousands of veterans who are homeless or have no surviving relatives when they die.

In some cases, surviving relatives don’t know about their passing or can’t be bothered with the paperwork that goes with claiming the body.

But Marine Corps and US Army veteran Nick Morales didn’t think that Krause deserved to be buried without any recognition because he believes that anyone heroic enough to serve their country deserves a funeral with dignity.

So he decided to do something about it through his actions rather than simply feel bad about the situation.

Nick went to work contacting other volunteer bikers and a group of them showed up at Krause’s funeral service.

This group of concerned bikers escorted his casket from the James A. Haley Veterans’ Hospital to the Florida National Cemetery for final internment.

Because of the efforts of Nick Morales and other bikers concerned that many veterans today don’t receive the recognition they deserve in life much less the dignity they deserve in death, veteran Robert Krause had a funeral that was befitting the sacrifice he made as a member of the US armed forces.

Morales and his biker friends gave Krause’s casket a motorcycle escort, with an accompanying musical tribute in the form of the taps bugle call.

Although they didn’t know him in life, his new-found biker friends were there at his funeral to speak Robert Krause’s name and acknowledge his contribution to the world.