Every single member of the royal family has been under pressure and in the spotlight while the world continues to mourn Queen Elizabeth II.

Unsurprisingly, Meghan Markle has received a lot of attention. According to some, she is subject to “a terrible type of hazing.”

But the Duchess of Sussex has been under fire on multiple occasions, not just now at this difficult time of grief. Unfortunately, she has also received a number of derogatory nicknames over the years, and the most recent one could be a bit excessive. 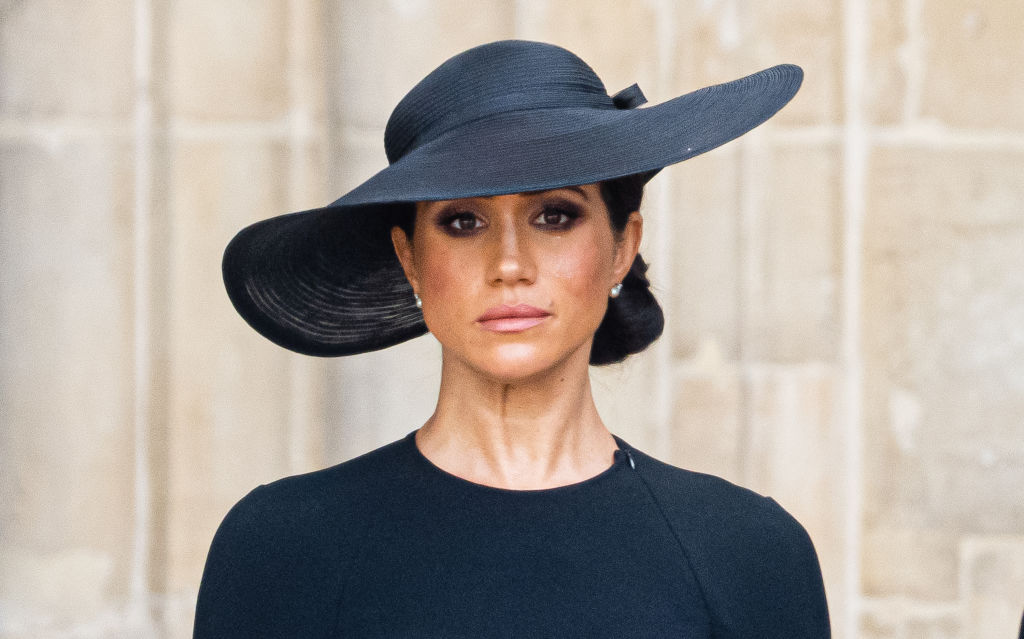 Prince Harry and Meghan Markle’s relationship with the British royal family has gotten worse over the past few years. However, the pair rejoined with the rest of the royal family to present a unified face during Queen Elizabeth’s funeral.

However, there still appears to be a lot of conflict among The Firm’s partners.

No agreement between the Sussexes and the rest of the Royal family has been reached, according to Meghan’s friend and US chat show presenter Gayle King.

Meghan Markle gave the Queen a magnificent tribute during the state funeral. During their first joint engagement in 2018, the Queen presented her pearl and diamond earrings, which she wore. The Duchess of Sussex adhered to royal tradition when it came to dressing for the funeral.

The fact that Meghan appeared to defy a particular royal tradition, however, did not go unnoticed by many royal admirers, who could not remain silent. 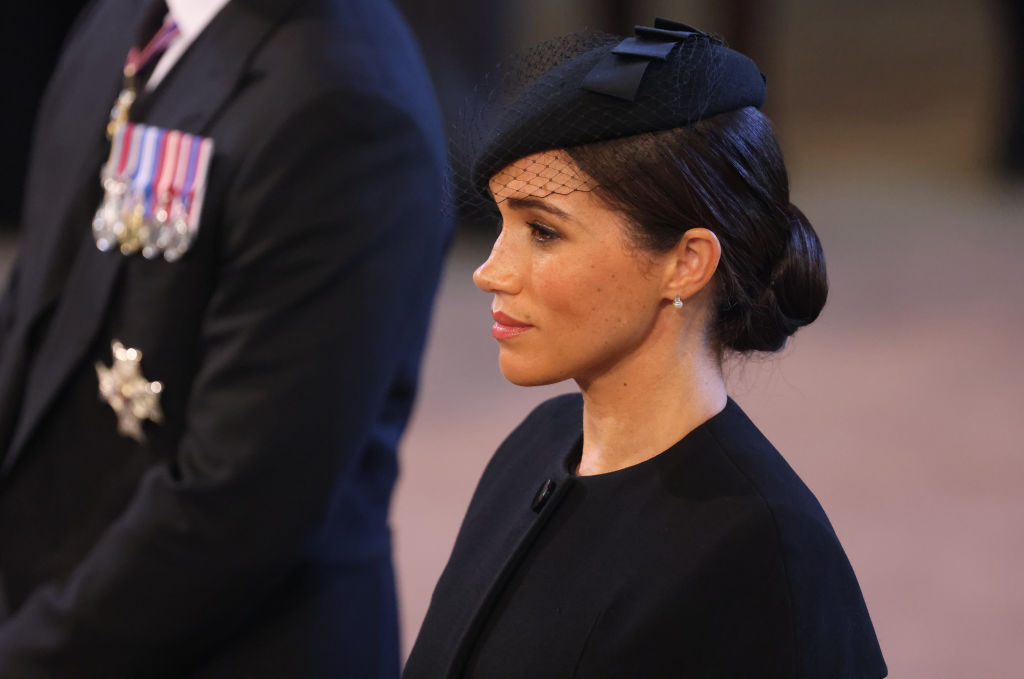 The royal women are said to have worn mourning veils in the past, though this is not required. Several women, including Kate, Camilla (the Queen Consort), and Princess Sophie, were spotted with such a veil and the customary black cap.

However, Meghan Markle and the baby Princess Charlotte decided against wearing the veil.

During the Queen’s funeral, Meghan received criticism as well.

Viewers could see how Meghan Markle wiped tears from her face following the state funeral, with makeup visibly apparent on one of her black gloves, just as King Charles III was doing as his mother’s coffin was lowered into the Royal Vault. 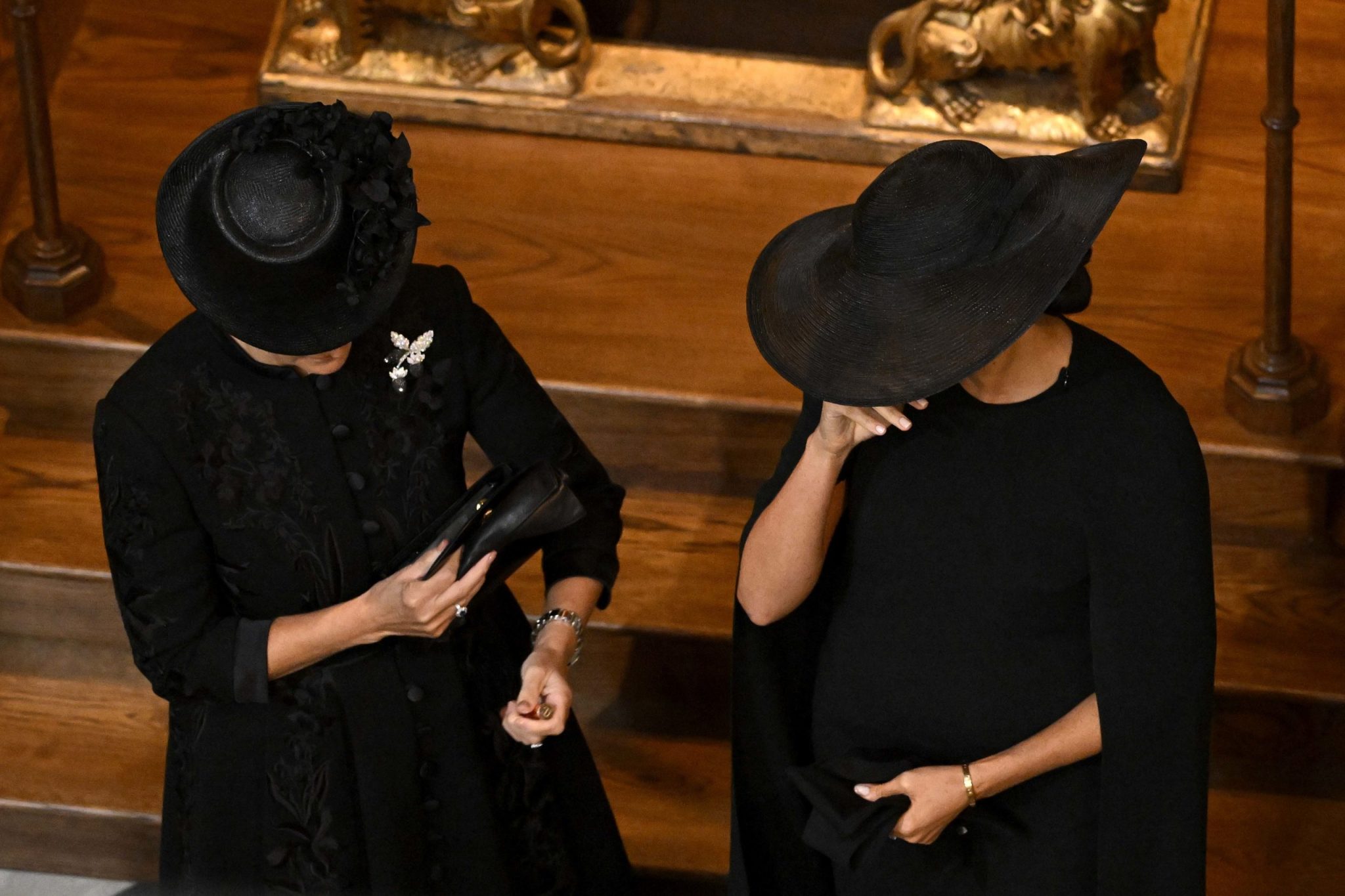 Karl Stefanovic, who hosted the coverage of the burial, decided to make fun of Meghan after seeing public images of her crying.

He implied that images of Meghan wiping away tears were possibly misleading by saying they were susceptible to interpretation.

There have been several images taken, as well as interpretations of those photos and readings into them of [meanings] that may or may not be accurate, according to Stefanovic.

“There are some photos of Meghan, uh, with what appears to be a tear streaming down her face, and there is one of Princess Charlotte that everyone thought she was weeping, but we’re not sure if that’s genuine or not.”

Meghan has always been outspoken about the harsh treatment they have had from the Royal Family, but no one from the family has agreed with them or supported their claims.

Christina Oxenberg, a third cousin of King Charles III, made some statements this week, nevertheless, that support what Harry and Meghan have been claiming the entire time. 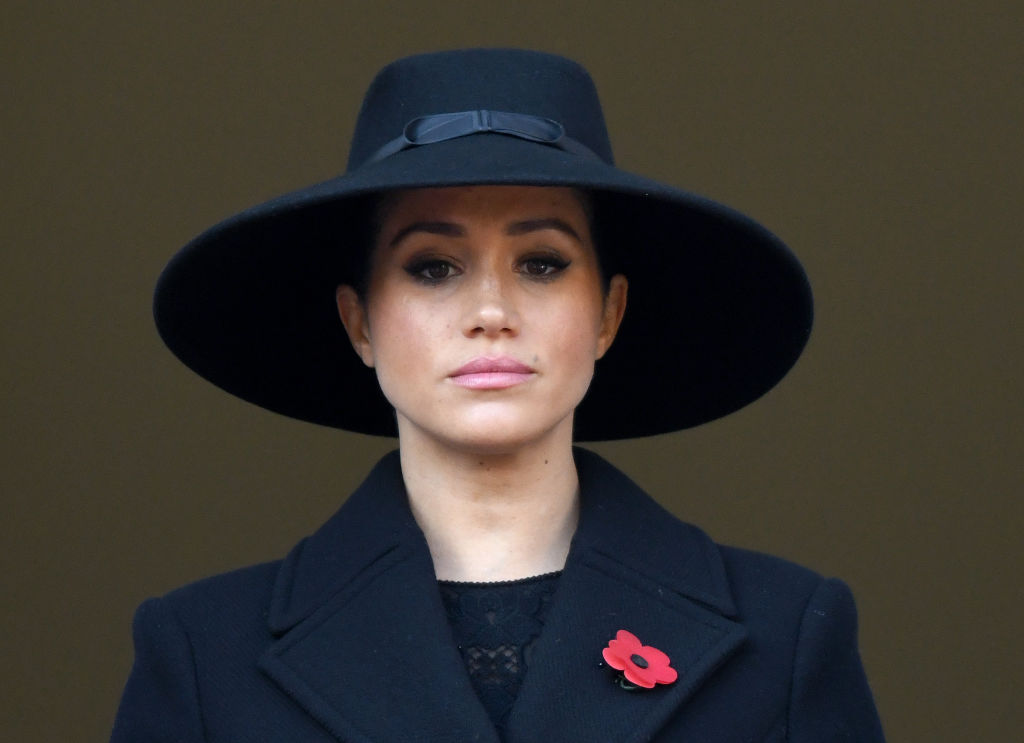 She claimed that the Royal Family has a shady history of harassing women whom family members date or marry. She said that only “tough as nails” women can endure that kind of torture. This is one of the few times when a family member has openly admitted how miserable it may be to attempt to fit in.

A descendant of Serbian aristocracy, the American-Serbian author also sought to support Meghan and stated, “To Meghan Markle, I say, ‘What you are going through is a horrific type of hazing.’” “If she can just hang in there, someone else will come along who can handle the heat,” she continued. “No one is given a pass.”

“Frozen out” of Hollywood

Harry and Meghan gained some popularity among the public as the two lovebirds swept the globe. However, Harry and Meghan made the decision to permanently depart the Royal Family just two years after their wedding in 2018. They chose to settle in the US instead because they wanted a simpler life.

However, they haven’t been able to avoid the spotlight, and both Meghan and Harry have come under fire for disclosing personal information about relationships inside the Royal Family. 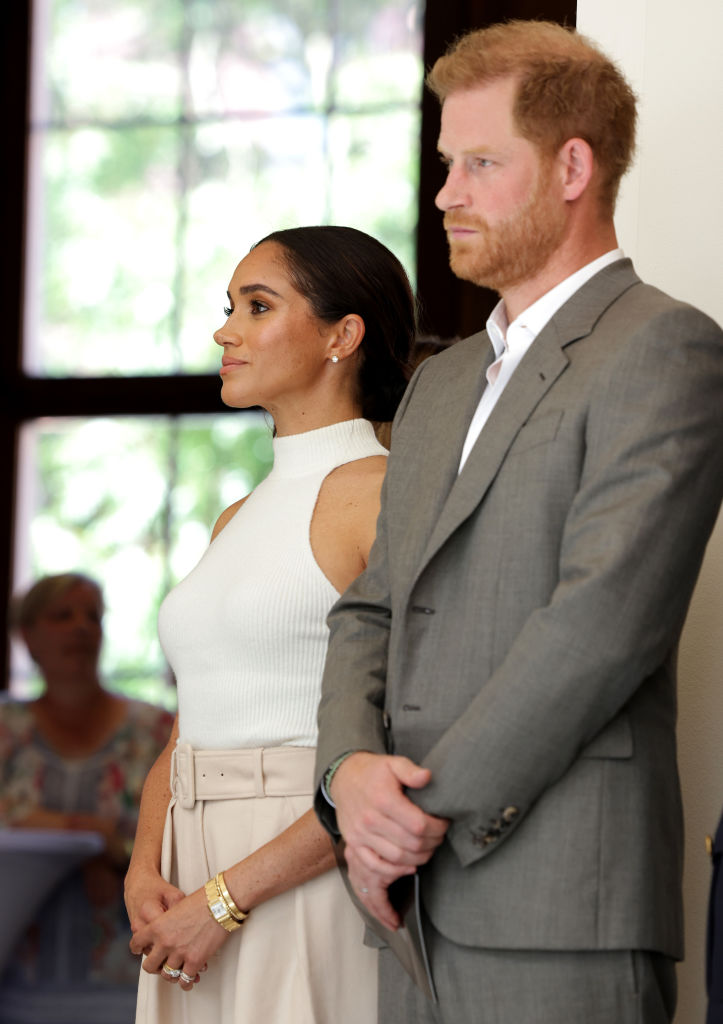 The Royal family had to undertake crisis discussions as a result of the couple’s astounding Oprah appearance, and William even broke protocol by speaking to reporters outside a London school and declaring his family wasn’t racist.

The winds may have shifted back to their original direction in the US.

Following the passing of the queen, fresh rumors from the US claimed that Meghan Markle and Prince Harry had been “locked” out of Hollywood.

The couple has been attempting to establish a career in the entertainment sector since they left the royal family in 2020 and moved to the warm state of California.

The Duke and Duchess of Sussex secured hefty contracts ($166 million) with media behemoths like Spotify and Netflix, who played Rachel Zane in the television series Suits. 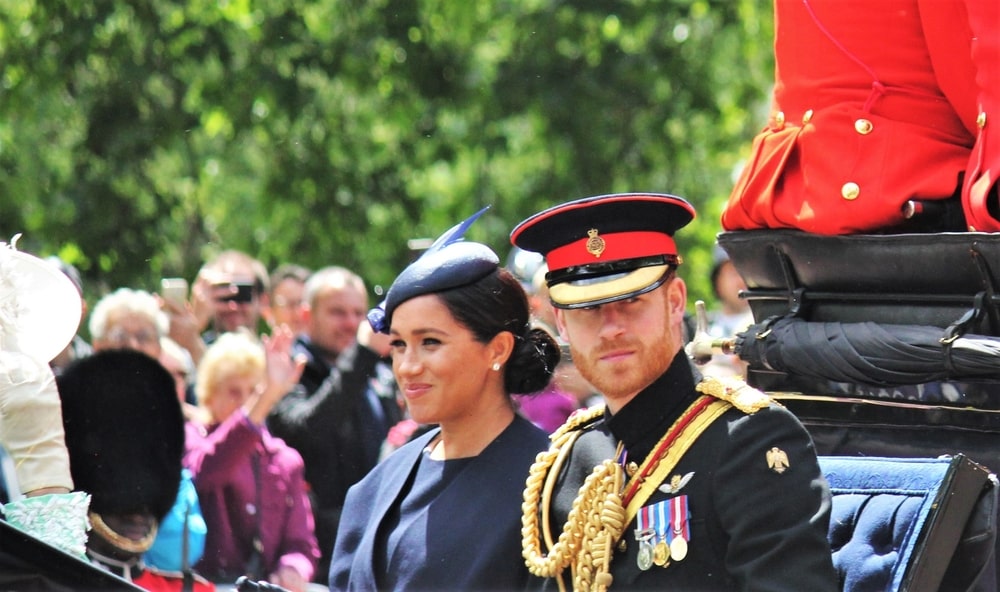 But when the pair returns to California, it might be difficult for them, says analyst and Royal Reporter Kara Kennedy.

The primary reason for their exclusion, according to the royal expert, is that the event’s planners were aware that all media attention would be focused on them and detract from the occasion or those in attendance to celebrate. 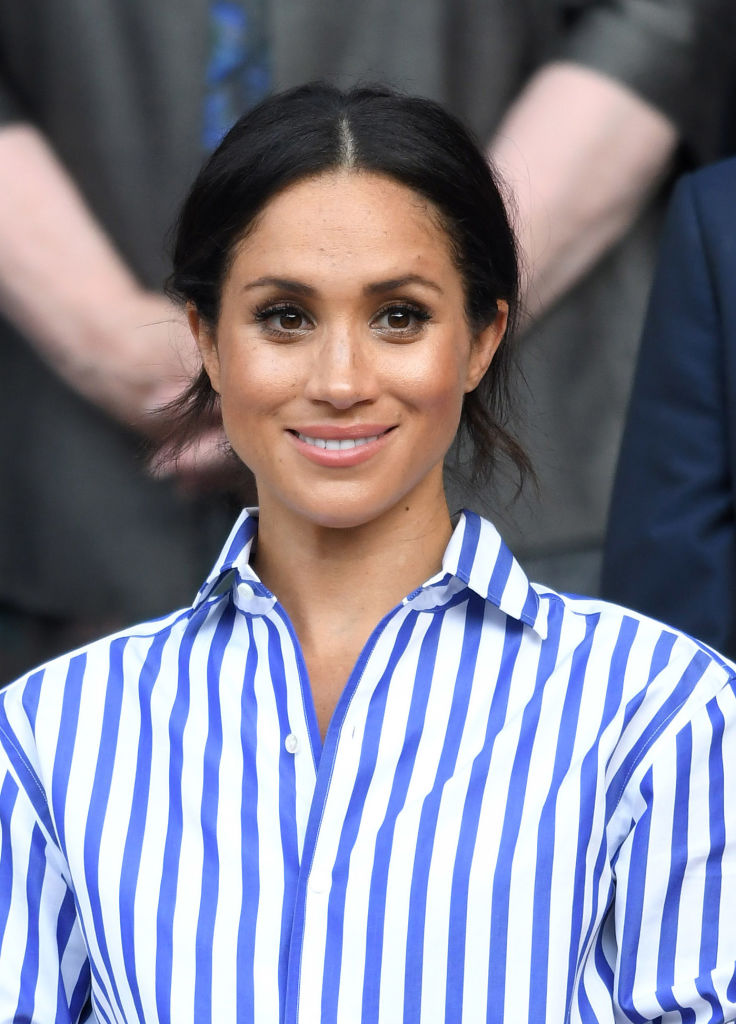 Going back to the US

However, no one is certain as to whether or not Harry will accompany the couple when they return to the United States.

According to author and royal specialist Tina Brown, the Royal Family may experience a deeper identity crisis as a result of the passing of the Queen.

In an interview with Tina Brown for the New York Times podcast Sway in April, Tina Brown said Prince Harry might spend more time in England as a result of the Queen’s passing.

That would imply that in order to have a long-distance marriage, he and Meghan would set up a commuter arrangement.

“When the Queen passes away, I believe Harry will wish to return to serve his nation. According to Brown, who was reported by The Mirror, “And I think they’ll figure out a way to draw him in.”

The Windsors seem to have no respect for nicknames, despite what one might expect. In reality, the Royal Family frequently uses nicknames.

The rest of the world has known his sister-in-law as “Kate” ever since she chose to use that name when enrolled in college.

Middleton and William discussed nicknames on BBC Radio 1 in 2017. The couple was referred to by Harry as “William and Cath,” according to the radio host.

“Is this just a family thing?” the host questioned Kate.

But although Kate Middleton has a fairly benign nickname, her sister-in-law has the exact opposite. At least if we are to believe the contentious royal writer Tom Bower, Harry’s stepmother Camilla Parker Bowles referred to Meghan Markle as “that minx.”

Tom Bower asserted in a conversation with The Sun that Camilla had held doubts about Meghan. For Harry’s sake, the new Queen Consort chose to keep her mouth shut and refrained from making any public remarks.

Tom stated to the media in 2022: “From the beginning, Camilla was wary of the adventuress from Los Angeles.”

“She found it difficult to imagine that Meghan would give up her profession and individuality to work quietly as a team player loyal to the monarchy,” the author said.

But perhaps we ought to view those claims with some caution. Because Camilla and Meghan are said to get along well, according to reports.

When Meghan initially joined the royal family, Camilla invited her to lunch, for instance, according to a source.

The acquaintance claimed that Meg was really appreciative to Camilla for her support and invitations to private lunches, especially around the time of her marriage.

She listened to her and realized how challenging it would be to join the Royal Family after leading a supposedly “normal” life.

Because of her relationship with Charles while he was still married to Diana, Camilla, like Meghan, had to deal with a lot of unfavorable press and antagonism from courtiers, the insider claimed in 2020. 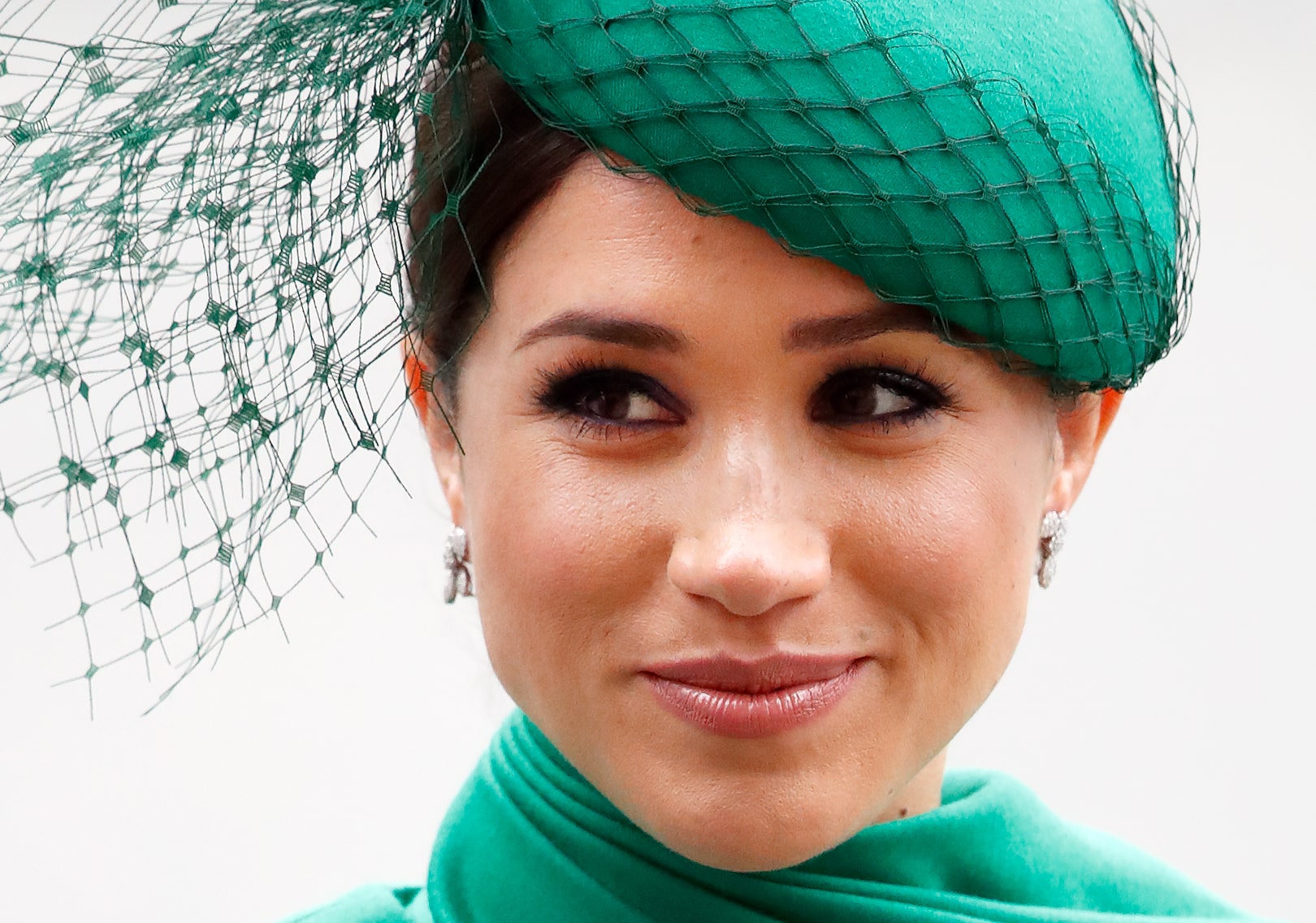 Meghan and Harry moved into their new house in Montecito, California, in July 2020. Oprah Winfrey, Gwyneth Paltrow, and Ellen DeGeneres are just a few of the famous people who live there and prefer to escape the bustle of Hollywood.

According to reports, Meghan is frequently seen hanging out with her A-list friends. She also reportedly has a new nickname in the neighborhood.

According to a source, Meghan Markle’s neighbors have dubbed her the “Princess of Montecito.” The tabloid claims that the nickname refers to “her antics in the ritzy area.”

“If she’s going into Beverly Hills or West Hollywood for lunch or dinner, she’ll typically call ahead and request a table that is completely secluded.”

What are your thoughts on this?

Please share your thoughts with us in the comments section.

The heartbreaking reality regarding Celine Dion’s present condition.
At age 78, the legendary actor made a shift that fans found disagreeable.
We use cookies to ensure that we give you the best experience on our website. If you continue to use this site we will assume that you accept it. Cookie PolicyOk