According to a source, when King Charles III bestows the titles of prince and princess on Prince Harry and Meghan Markle’s children in the future, they will not be bestowed HRH rank.

Archie, who is now three years old, and Lilibet, who is currently one year old, are on track to formally be titled prince and princess in the near future thanks to Prince Charles’s decision to provide papers to bestow the titles.

However, other publications claim that the Sussexes are “furious” that their children won’t receive HRH titles following a heated meeting with the future king.

This allegedly took place. Another thing that Harry and Meghan are supposed to have expressed dissatisfaction with is that Beatrice and Eugenie, Prince Andrew’s kids, reportedly enjoy the status of HRH despite not being active members of the royal family.

“Harry and Meghan have expressed concerns about safety, and as Prince Harry and Princess Meghan of the United Kingdom, they are entitled to certain levels of royal protection. Over the course of the past week, there have been numerous conversations. They insisted that Archie and Lilibet should be treated as the prince and princess, respectively.”

They have not shown any mercy since the queen’s death. They did not, however, get over the fact that Archie and Lilibet were denied the ASR title. They can be a prince and princess, but they cannot be HRH since they are not employed as working royals, according to a source. 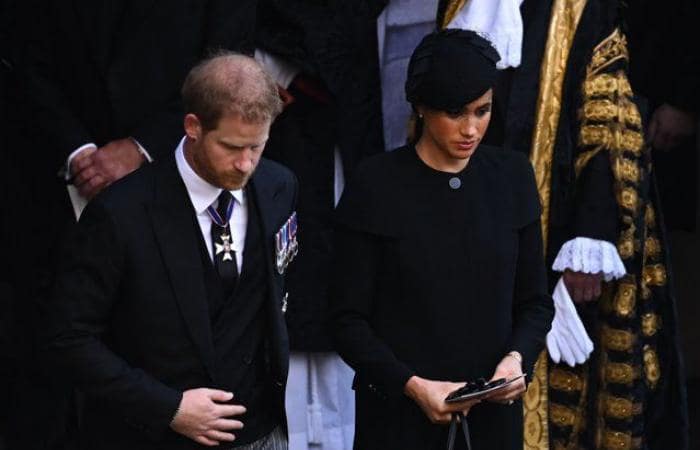 Archie and Lilibet are now permitted to use the HRH titles following the passing of the Queen, in accordance with the rules that King George V set in 1917 to limit the number of members of the royal family who may use the title.

“A tried-and-true compromise would be to recognize Archie and Lilibet as prince and princess but denying them the HRH titles.” Diana and Fergie went through the same thing they did after the separation from Charles and Andrew. Of course, Sarah Ferguson still has the title of Duchess of York in the present.”

Harry and Meghan will probably be overjoyed to use the names “prince” and “princess” in America. But even if their offspring go up the succession ladder, they won’t be working royals, therefore it’s only fair that they don’t have titles.

Many people think Harry and Meghan should renounce their titles on their own, therefore I think they should be grateful for the compromise that has been made for them and recognize that it might have been much worse for them and their kids.

The Duke and Duchess of Sussex abandoned the use of their own HRH titles after migrating to the United States and renouncing their responsibilities as senior royals.

There is a “forgotten” step-sister for Harry and William. Here is all you need know about her.
Queen Elizabeth II’s latest message for her grandson Harry’s birthday
We use cookies to ensure that we give you the best experience on our website. If you continue to use this site we will assume that you accept it. Cookie PolicyOk