John Llewellyn Jones, 65-years of age, was vacationing along the coast when a seagull showed up and knocked over his bag of french fries. 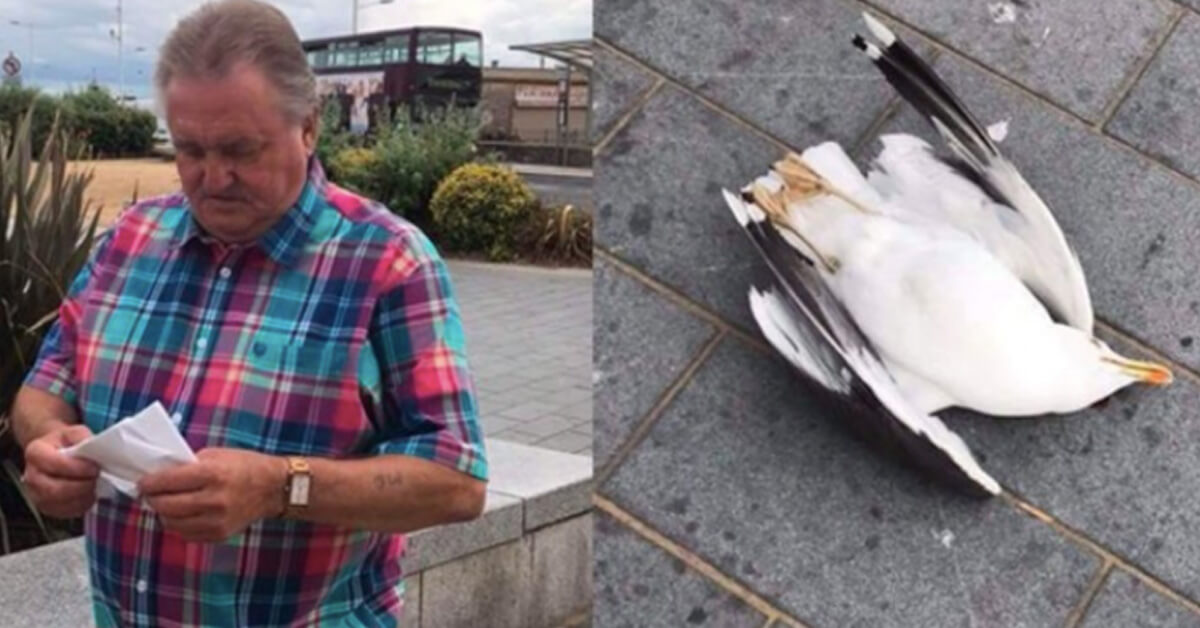 Jones, who is definitely old enough to know better, reacted to this offense by grasping the waterfowl by its legs and repeatedly slamming the poor creature until it was barely alive.

And it was done in full view of small children no less, who broke into tears upon seeing the poor animal being brutalized.

Sometime later, someone took the poor animal to a veterinarian in order to put it out of misery.

Man kills seagull after it stole one of his chips https://t.co/cspdBfNCwO pic.twitter.com/uuha7yPasv

Notably, the seagull is a Thlesserer black-backed gull, making it a protected species within the United Kingdom.

One witness heard Jones describe the bird as nothing more than vermin and commented that children ought to know how to handle vermin.

While Jones initially denied charges that he had violated 1981’s Wildlife and Countryside Act, a judge found him guilty.

Jones was sentenced to 12 weeks of curfew and must pay $994, plus an additional $134 surcharge for victims.

Man KILLS seagull after it tried to pinch his chips at the seaside https://t.co/YxIHPJkSiD pic.twitter.com/YUZvP11Yj8

Simon Evans, an investigator with the RSPCA, remarked that Jones’ actions were a perfect example of deliberate animal cruelty.

The life of a seagull is a risky thing. Fish stocks have lowered due to changes in the seas, forcing fishers to cover more ground and take up more of the fish that seagulls love.

All of this encroachment by man has also hurt seagull breeding grounds, allowing nuisances like rats and stoats to infiltrate the land and dine upon eggs and hatchlings.

Man kills seagull in front of crying children after it stole one of his chips https://t.co/dA0sk2su50 pic.twitter.com/YY5Wxc8xkU

Taiarca Head’s Royal Albatross Centre, in New Zealand, remarked that it has done a great deal of work in fostering the development of seagulls in their region.

Hoani Langsbury, manager for the organization, remarked that seagulls play a key role in the marine ecosystem of the Pacific Ocean.

She added that a willingness to steal food from humans is behavior that is learned, not instinctive.

Man Kills Seagull After It Steals One Of His Chips
"I saw a seagull squawking and then taking a chip from a man's plate" woman said. "Suddenly he then grabbed it by its feet and swung it against the wall
Rachael Beer 40, witnessed the incident#seagulls #Newsnight #rights #chips pic.twitter.com/RSe53zxNYJ

The Centre is looking into educating children about how to handle seagulls, including never giving them food.

In truth, humans are the hiccup in seagull life, not the other way around.