In June 2018, landscaper Kyle Busquine had arrived at a train station he normally wouldn’t stop at in Toronto, Canada, when he heard faint cries of “help”.

“It was very guttural and filled with fear,” Kyle said, describing the sound.

He glanced across the station, which he found himself at after a problem with his train, and saw a blind man and his walking cane lying on the tracks, after he’d stepped out and fallen.

Kyle jumped into action and was followed by two other young men who also rushed to help, one jumping across the tracks. 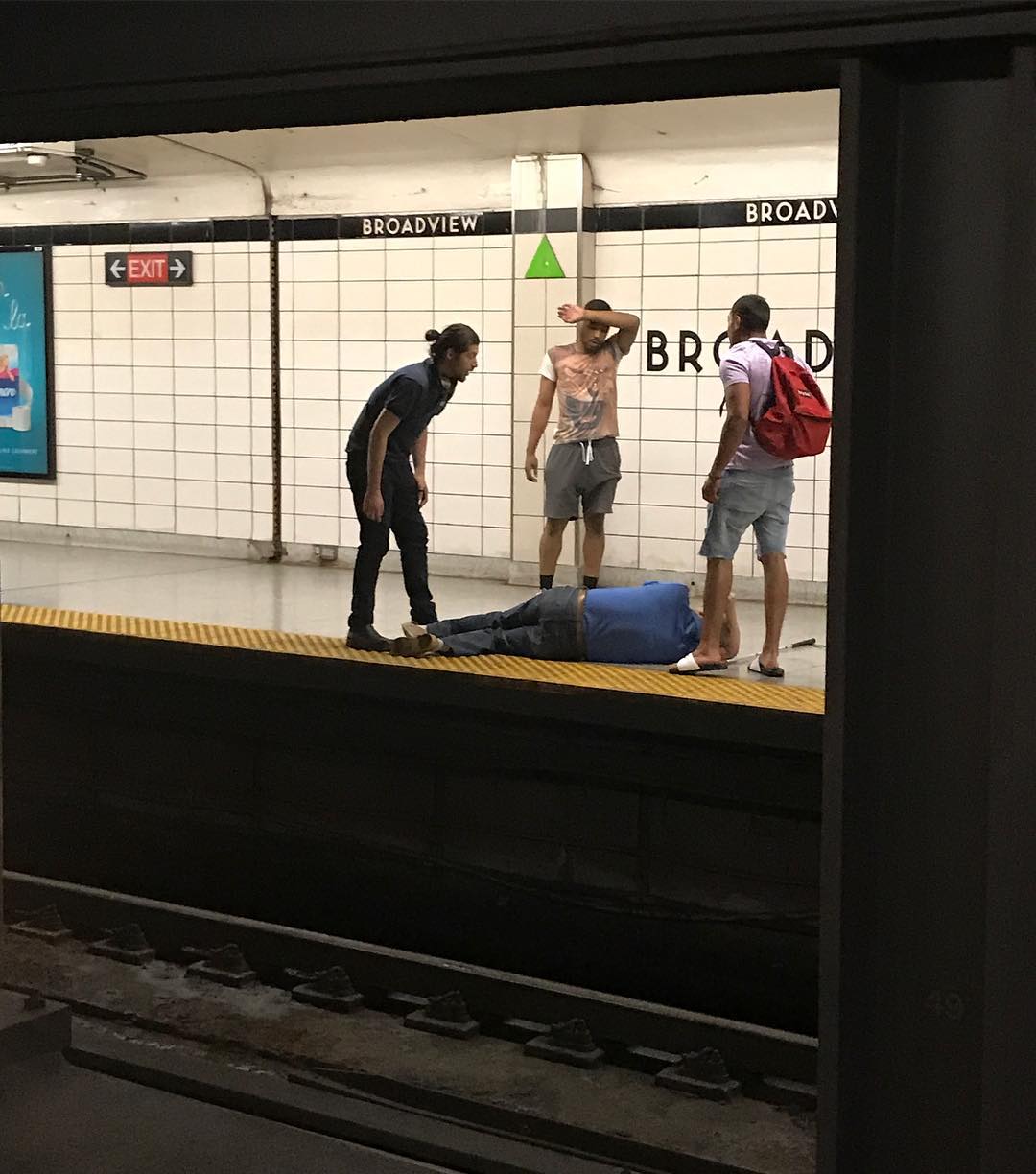 Together the trio lifted the man back onto the platform and out of harm’s way.

A witness who saw the men in action described her fear watching them risk their own lives to help the man.

“We were all just in shock looking at him, hoping and praying a train wouldn’t come”.

Julie said the rescue took a matter of seconds but it seemed like hours.

“Knowing that the worst thing possible could happen and it was out of everyone’s control was really just the most frightening thing I’ve ever seen,” she added.

Thankfully no one was seriously injured and the blind man was taken to hospital and treated for minor injuries.

Julie captured the moment the man was lifted to safety and posted it on social media where it’s been shared over 70,000 times. 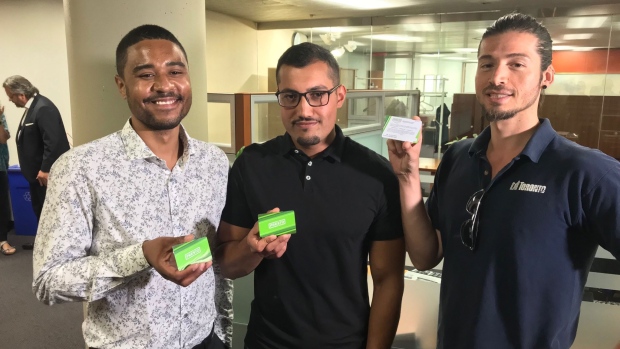 “Please pass this photo around, these men need to be recognized as good Samaritan’s. If they hadn’t reacted so quickly, the outcome would have been horrific,” she wrote on her Facebook page.

The men were tracked down and honored at a ceremony at Toronto city hall. Jehangir Faisal, Kyle Busquine and Julio Cabrera were rewarded with free public transit for one year for their brave actions that day.

Proud to personally thank Kyle Busquine, Julio Cabrera & Jehangir Faisal at the TTC meeting today for going above and beyond to help a man who fell on the tracks at Broadview Station last month. #TorontoTheGood pic.twitter.com/xonTaSVzNx

Kyle said he was very grateful to the two men who helped and couldn’t have done it without them, reports CBC Canada News.

“I do want to thank them. They did a great job for coming down and helping out,” he said.

Please share to pay tribute to these remarkable men and their selfless actions that day.