Hiking can be a dangerous hobby, and not just for humans.

A dog named Louie demonstrated that recently when he accompanied his owner Amanda McGregor’s stepdaughter Janessa on a hike in the mountains. 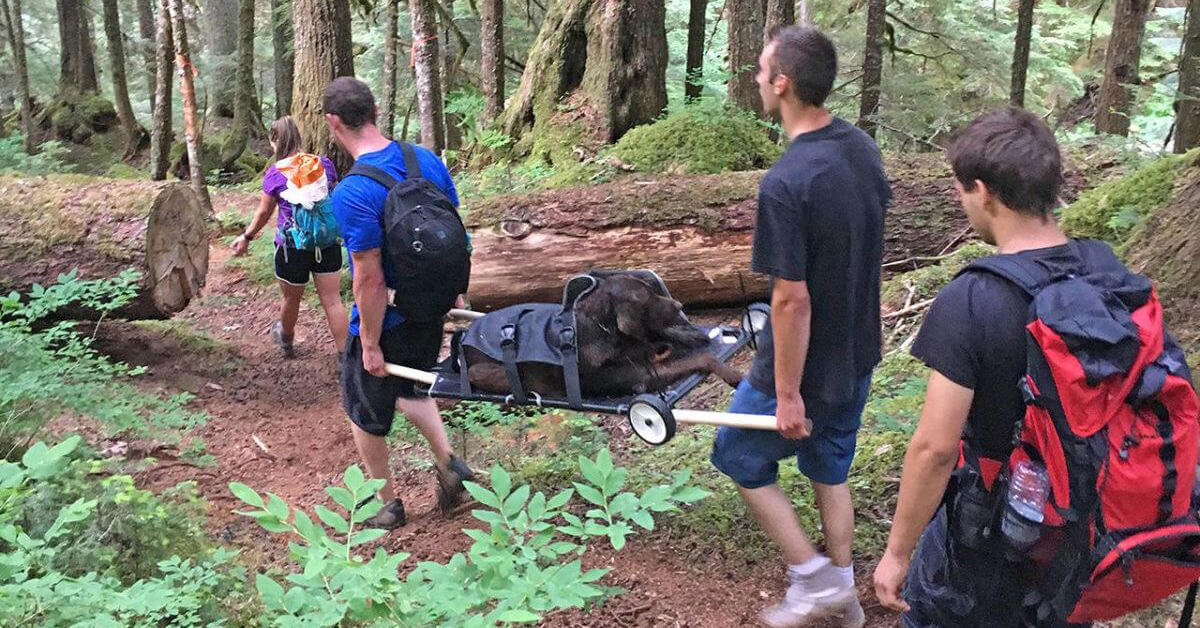 The two of them were only supposed to be gone a day, so when they didn’t turn up at the expected time, Amanda became troubled.

Sure enough, she heard from another hiker that Louie had been injured, and Janessa was staying where she was in order to take care of him. 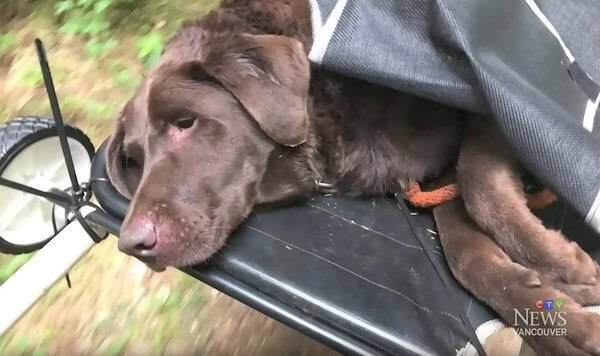 The mountain was near Chilliwack, British Columbia, and Amanda tried to involve the Royal Canadian Mounted Police.

However, they were not willing to extend a search party in order to rescue a dog.

Louie’s weight of 90 pounds made it impossible for Janessa to bring him down the mountain herself. 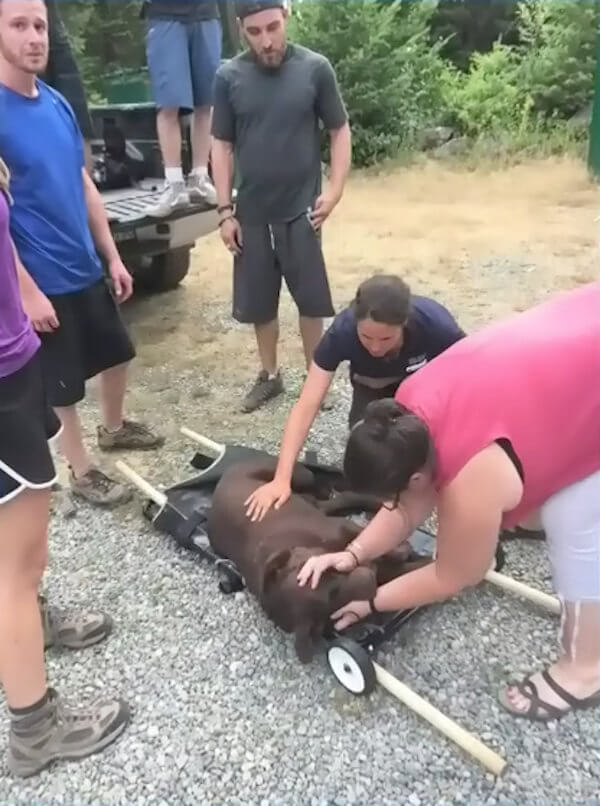 She did come down the mountain on her own, though, in order to get food, water and other supplies to help the two of them survive in the outdoors for several days.

After Janessa came home to restock her supplies, Amanda decided to turn to the Internet for help.

Through the magic of social media, she put out a call for help from experienced hikers, explaining that her stepdaughter needed help bringing her injured dog down the mountain to safety. 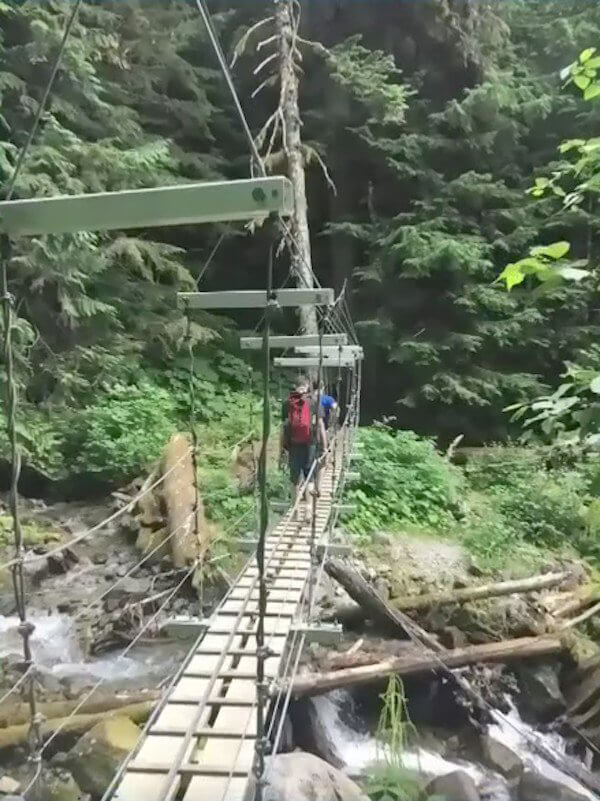 It was only a matter of minutes before the responses started pouring in. The local hiking community was more than eager to come to the rescue.

The hikers coordinated a plan, and they were able to go up the mountain and bring Louie down four days after he had become hurt.

In addition to Louie’s injuries, he was now suffering from dehydration. 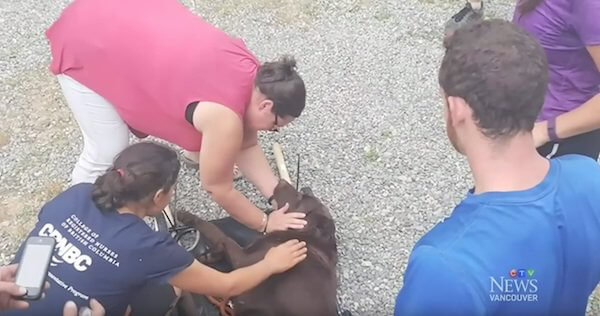 Both conditions required him to go to the hospital for extensive treatment, and within days, the family owed thousands of dollars in veterinary bills.

Happily, the community decided to save the day again. One of the hikers started a GoFundMe page to raise money for Louie’s expenses, and the donations began to pour in.

For Amanda and Janessa, all of this effort to help a dog in distress was a wonderful affirmation of the goodness of humanity.