Simon Brown served in the army for 13 years. But in 2006, during a rescue mission, he was shot by a sniper in the face. 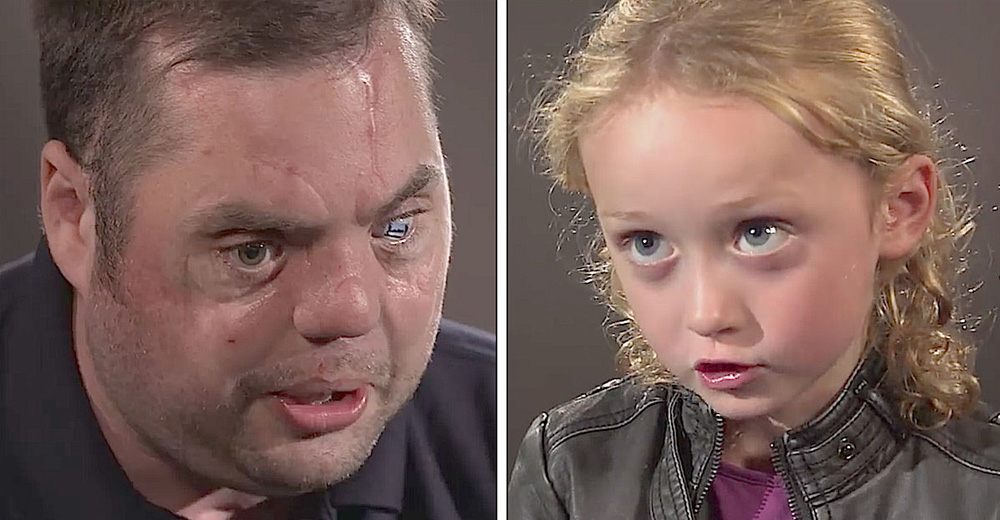 Fortunately, by some miracle, he survived, but he had to undergo several surgeries – at least 25 of them – to reconstruct his face.

Brown became partially blind, his jaw, cheekbones, and nose had to be reconstructed and reshaped, and he had to use a prosthetic eye.

His new appearance made him feel self-conscious, and he lost his confidence.

Living independently and adjusting to life without most of his sight has been a long and difficult journey. 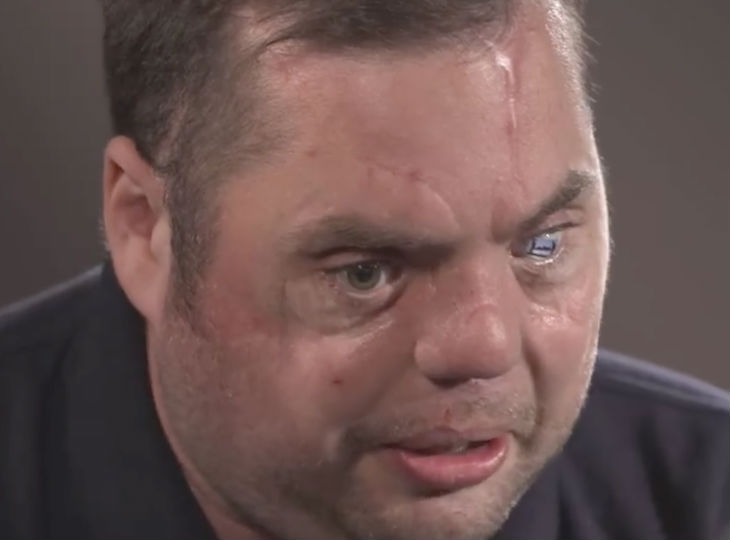 Help for Heroes stepped in to help. This group is an organization that provides support for those who have sustained injuries while serving the British Armed Forces, and they decided to bring Brown to meet a special young girl for a video!

The girl is Temperance Pattinson, who also goes by Tempy, and she’s five years old.

She’s always felt proud of soldiers and war heroes, and since she was three, she’s been joining triathlons and marathons to support soldiers.

She loves challenging herself, even when completing these events can be difficult or scary! 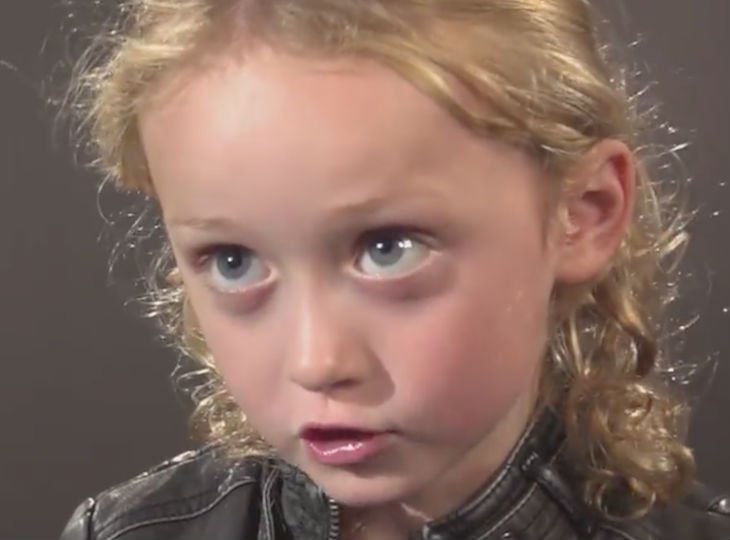 When Brown and Temperance met, Brown was worried that Temperance would react badly to his scars, his eye, and the way that he looked.

But of course, their adorable meeting proved that he had nothing to worry about!

Check out this viral video of this amazing meeting and the ensuing conversation here!