Children deserve nothing less than unbridled love and nurturing role models. Officer Jody Thompson gave both to a despondent young boy by the name of John. 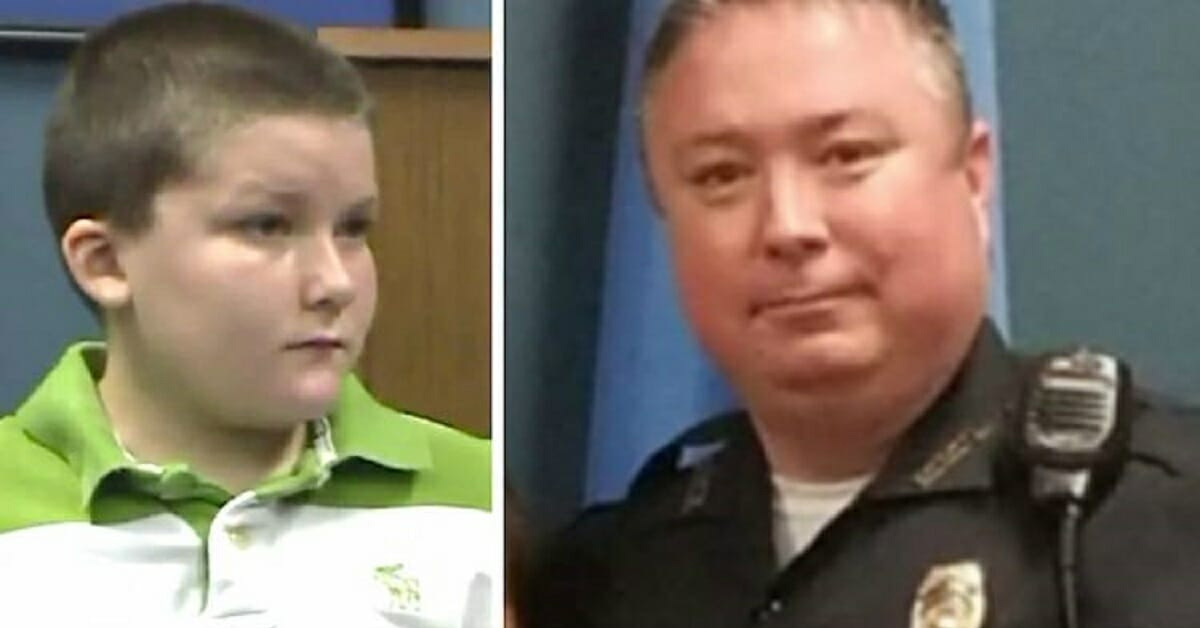 While on his way to work, Thompson heard a child abuse call go out on his radio.

Thompson rushed to the scene where 8-year-old John was found in a horrific state.

No doubt petrified by what he’d just endured, John recoiled in fear as officers approached him. John’s hands and feet were bound, and he was covered in garbage.

As it turns out, John’s parents thrust him into a trash can, subsequently submerging him in water for an added fear factor.

Justifiably disgusted with John’s mother and father, Thompson made the noble decision to adopt John while he was recovering in the ICU.

Thanks to Thompson, John gained a second chance at life.

John is now receiving tender love and care from Thompson and his wife.

He’s excelling in his gifted program at school and is making continual efforts to hone his academic skills.

John’s mother reportedly gave birth to a baby girl while behind bars.

For the child’s sake, let’s hope she isn’t subjected to the same shameful parenting that John suffered.