Thomas Daniel is a nine-year-old who ran in vain to catch a school bus that left without him. The boy was unaware of the fact the police had their eyes on him. 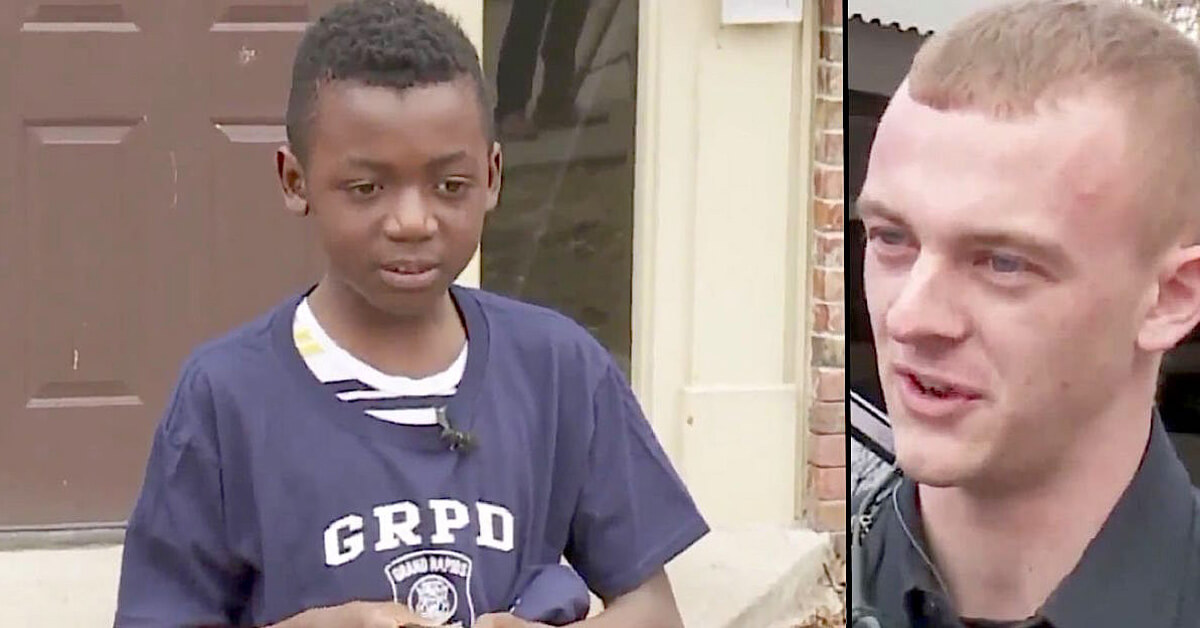 Officer Austin Lynema approached Thomas and asked if he could use a bit of help. Thomas responded by saying his mother did not own a car and he had no way to get to school.

After making sure it was okay with Thomas’ mother, Officer Lynema drove Thomas to school.

The officer and the boy got to know each other a little while traveling to Thomas’ school. Thomas revealed to the officer it was his birthday.

Thomas invited the officer to his birthday party. The next part of the conversation got a little sad.

Thomas told Officer Lynema he was being bullied at school. The young boy hung his head when he expressed concerns no one would show up for his party.

Officer Lynema took Thomas up on his offer. When the officer arrived at the residence, he saw Thomas’ worst fears had come to pass.

The only other kids at the party were his siblings. None of his classmates showed up for the party.

And even worse, there was no cake for Thomas.

Officer Lynema returned to see Thomas the next. And this time he brought back up.

Lynema and other members of the Grand Rapids Police Department arrived at the home with cake, ice cream, and even sung happy birthday to the nine-year-old boy.

Thomas Daniel said it was the best birthday of his life.