Jamario Howard went out to eat with some of his best friends at the local Brad’s Bar-B-Que restaurant in their hometown of Lincoln, Alabama. 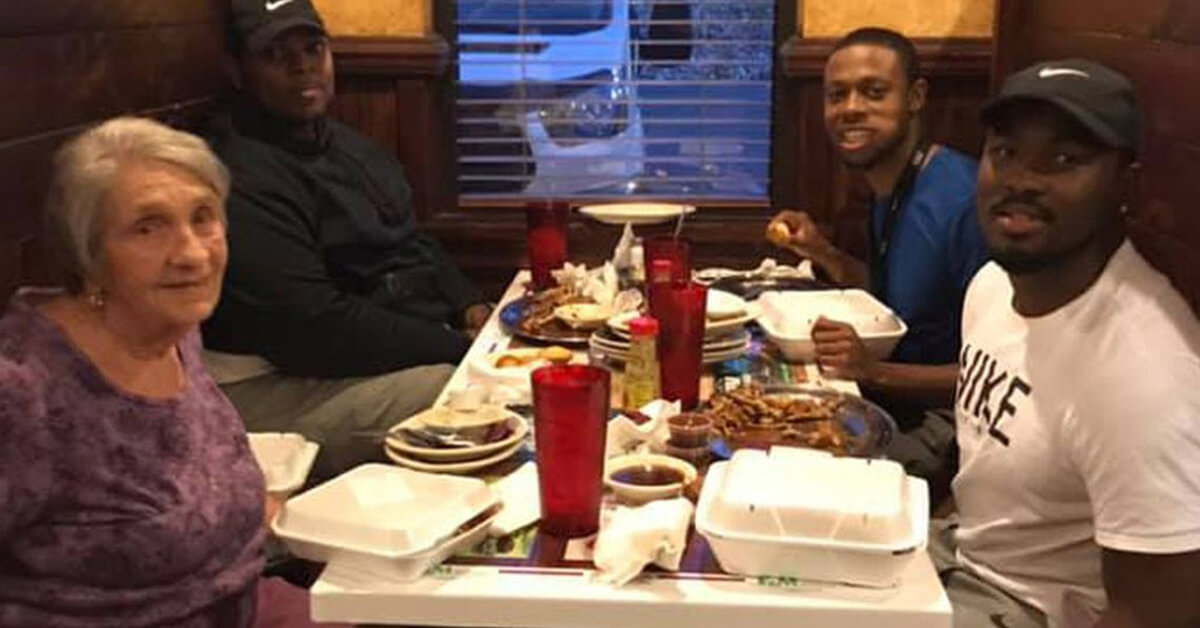 After finding their seats and ordering their meals, Jamario noticed something out of the ordinary. He saw an older woman eating alone.

After realizing how much he would hate to be in the same situation, Jamario decided to take some action to change the elderly woman’s day.

He walked over to the woman and offered to join her at the table. He wrote about his kind act on Facebook and explained the thought process behind the gesture.

The couple would have celebrated their 60th wedding anniversary the next day.

After talking with the elderly woman for a while, Jamario invited her to sit at the table with his friends, Tae Knight and JaMychol Baker.

Jamario posted pictures from the dinner on his Facebook page. The photos went viral over the next few days with thousands of comments and 43,000 shares.

In the caption accompanying the photos, Jamario explained how he offered the elderly woman his condolences for losing her husband.

He mentioned that the woman was delighted to join the friends for dinner. 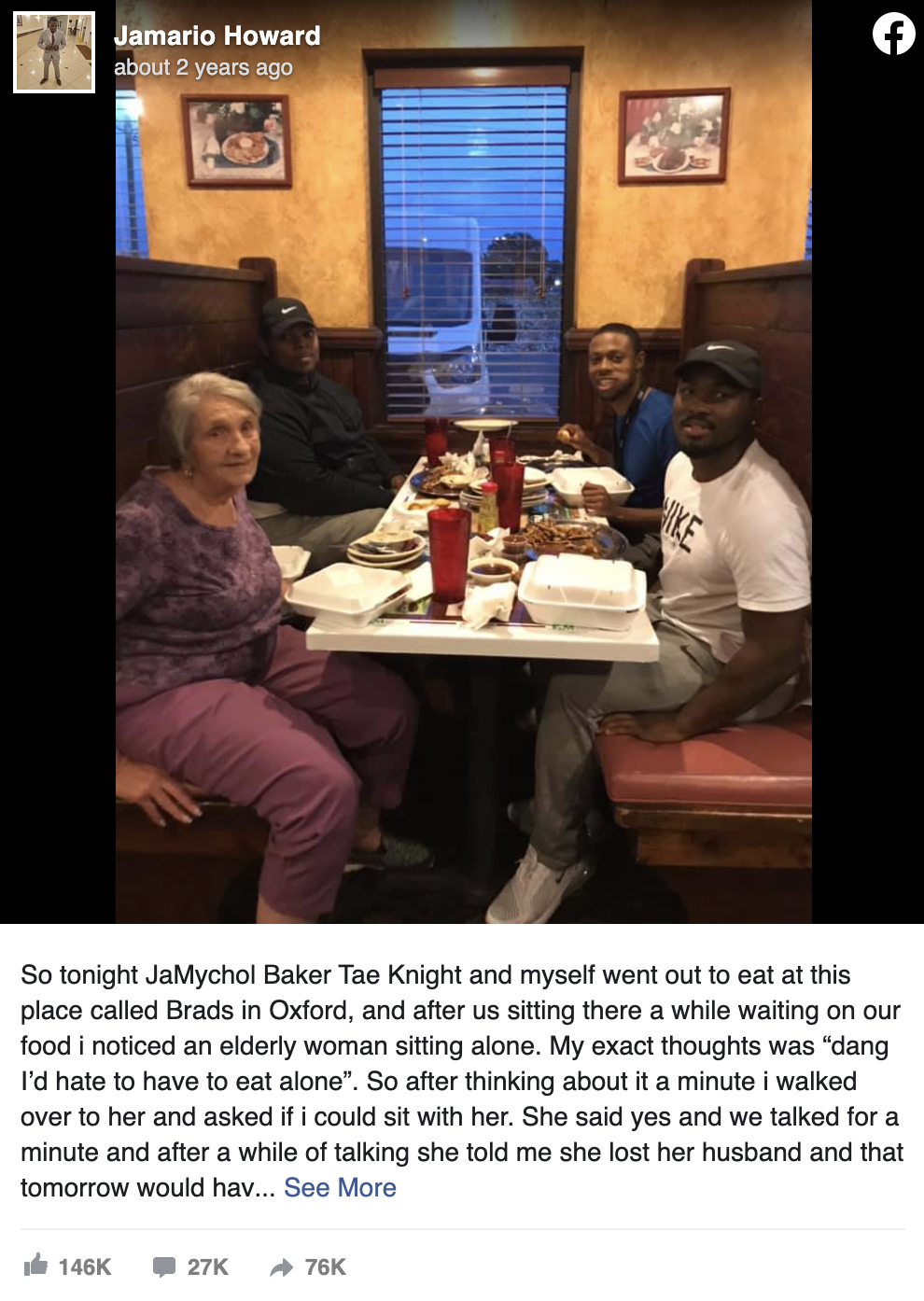 In his post, Jamario stressed how kindness is an important part of every social interaction.

Everybody is struggling with their own issues. He continued to express his gratitude to the elderly woman who helped him change his perspective on life.

Jamario requested that his followers be nicer to others. He also encouraged people to visit their parents and grandparents.

The post gained thousands of heartfelt comments that echoed Jamario’s thoughts on kindness.

If you found this story inspiring, show it to a friend or family member who could use some brightness in their day.