When Officer James Hurst and a few of his colleagues responded to a call of a young 16-month-old boy alone on the streets, he didn’t know that he’d be a viral sensation later that evening.

Arriving at Cuyler-Brownsville, Savannah, at 10 am, the police officers picked up the little child, who had been abandoned by his family.

He was brought to the emergency room of a nearby hospital for a checkup.

Understandably, the young child was terrified and crying, and he wouldn’t stop sobbing in the hospital.

Hurst’s heart broke when he watched the boy’s distress.

Being a father of two children – one who has Down Syndrome – it wasn’t long before his paternal instinct reached out.

He asked hospital staff if he could try to comfort the boy and was granted permission.

Soon, he had picked up the child began to soothe him. It wasn’t long before the boy fell asleep in his arms. 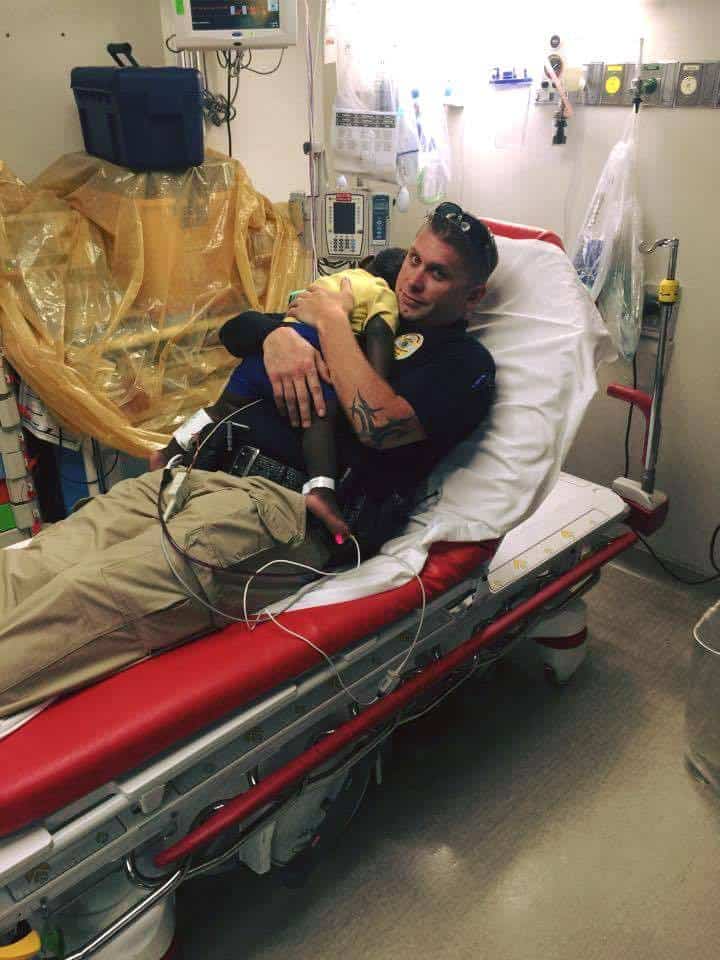 Being saddled with his armor and gun belt, the additional weight eventually tired Hurst, who sat down on a bed and reclined with the boy on his chest, snoozing away.

A picture was taken of the moment and it went viral after being posted on social media.

People everywhere were touched by his kindness, but Hurst believes he was only doing what was right and doesn’t think he did anything special!

He said that 600 other officers in his department do the same sorts of things daily. 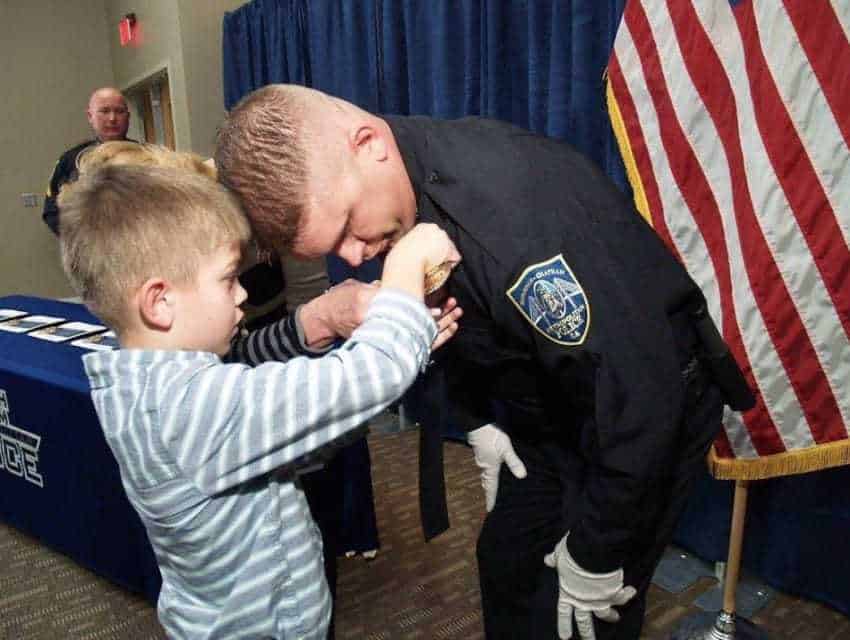 The child is now in the Georgia Department of Family and Children’s Services’ custody, and he’s in good health and is doing well.

We hope he can be placed in a loving home soon!