Belle Elementary School’s janitor, a 77-year-old Frances Buzzard, has always gone above and beyond in all her work duties, doing more than just what was in her job description. Not only did she clean the floors and wipe down the windows, but she’d do extra tasks like polishing furniture. 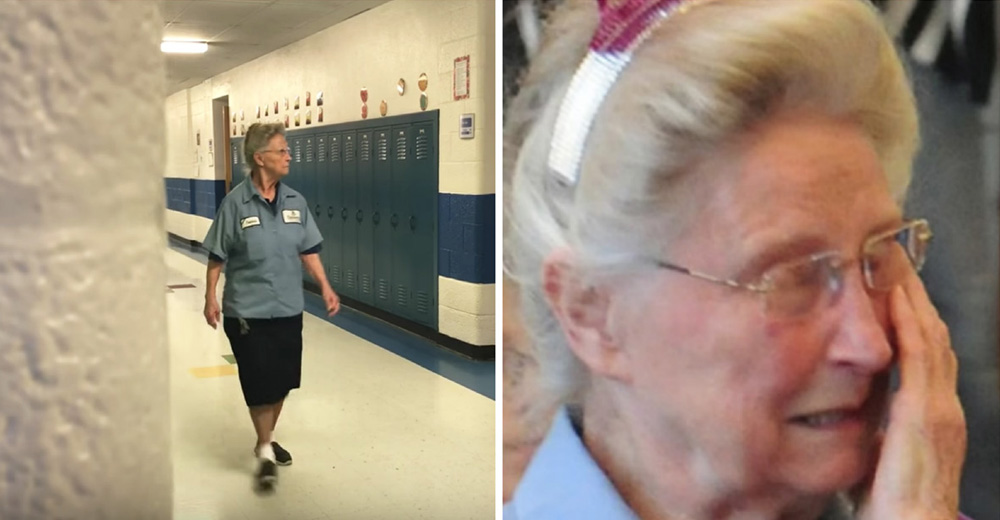 These admirable traits earned her the respect and affection of the entire school, and her sweet and lovable personality made her all the more awesome for students and staff alike! But as her birthday neared, the principal found out from those who were closer to Ms. Frances that she’d never had a birthday party in her entire life.

Naturally, the principal knew it was time for that fact to change. 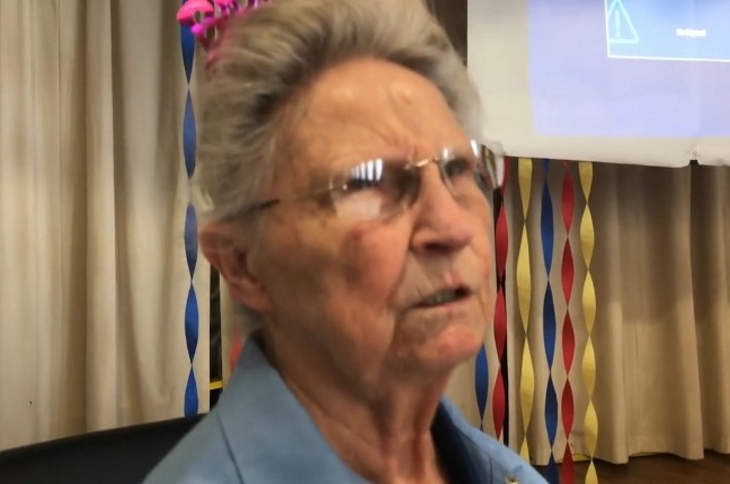 To prepare the surprise, students were gathered in the cafeteria for what Ms. Frances believed was a generic assembly. She was surprised when her name was announced over the PA system and she was called to the cafeteria, but she figured she was needed to clean something up.

Imagine her surprise when she walked around the corner and was met with the cries of “SURPRISE!” from all the students and teachers! The smile on her face was enough to light up anyone’s heart. She was quickly crowned with a sparkly pink tiara and fitted with an elegant birthday sash, then presented with the best seat in the cafeteria. 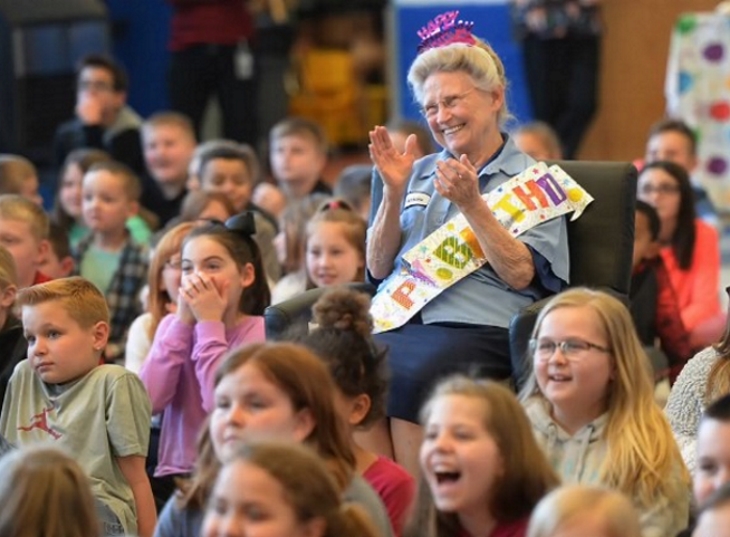 A slideshow played that showed her face incorporated into a number of important events, like the moon landing, at a concert in Woodstock, and a helper as the flag was raised in Iwo Jima.

Ms. Frances couldn’t help but laugh at the silliness of it all! After that, it was time for her to sample the cupcakes that had been ordered for her, and her smile never once left her lips!

As a child, Ms. Frances’ family has been too poor to afford any parties at all, not even Christmas ones. The one time they tried to host a small party for her birthday, the weather was freezing and no one showed up.

But now, all of that has changed – and it’s the perfect way to bring in her 77th year! Share away, people!