Roman McConn, a resident of Augusta, Georgia, is no ordinary 7-year-old. Since he was the age of 4, he has been passionately involved in helping to save animals in need. 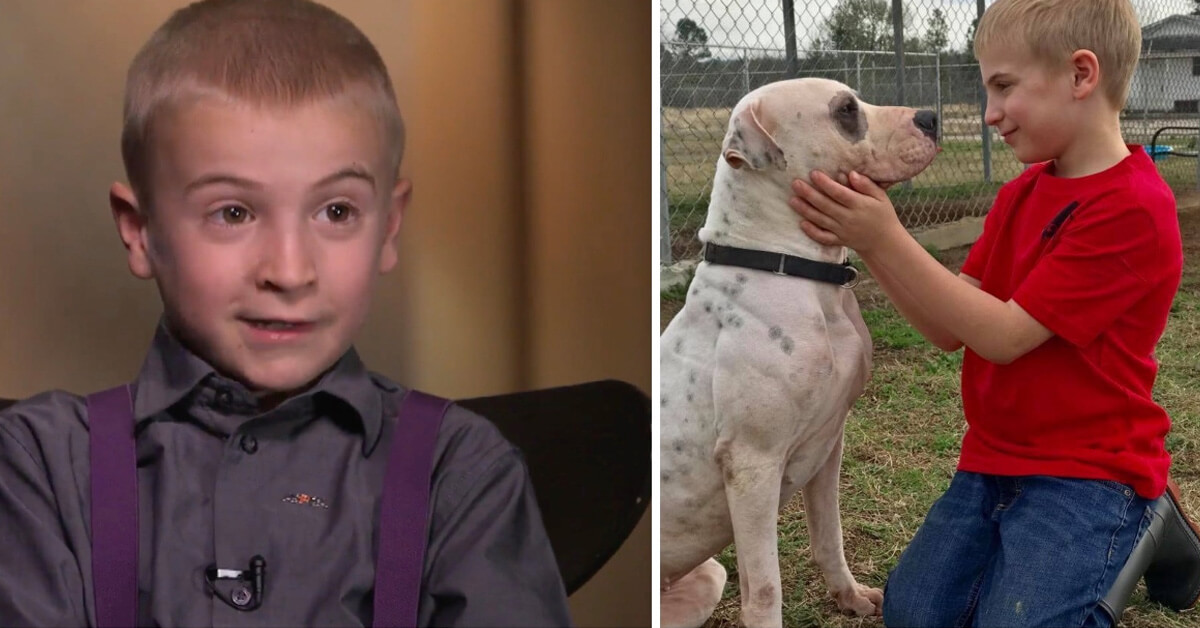 Over the past three years, Roman has saved more than 1,300 dogs whose days were numbered in high kill shelters.

This accomplishment didn’t go unnoticed by the American Society for the Prevention of Cruelty to Animals (ASPCA), who recently honored Roman with their ASPCA Kid of the Year Award for doing something that has really changed the lives of homeless dogs.

Roman’s mission to help save animals began on his 4th birthday, when he asked family members and friends to forego getting him any gifts and use that money instead to contribute to his favorite animal rescue organization.

Aided by his mother Jennifer, Roman began to find other ways of helping homeless dogs.

One of their first projects was arranging transportation for some 31 dogs housed at a Texas high kill shelter and taking them to a shelter in Washington state where each of them found a permanent home.

Jennifer also takes videos of Roman playing with different shelter dogs and posts them to Facebook.

This allows potential adoptive families to see each dog’s unique personality, giving them a better chance at finding their forever home.

Roman says that the video increase the dogs’ chances at finding the home that right for them.

They both hope to inspire other children and their families to do their part to help homeless animals.