You would think in a world with a rapidly aging population, we would do our best to take care of our elderly.

After all, not only are they the folks who have gone through the suffering and hardship of one (or even two) world wars and the Great Depression, they are the ones who rebuilt the modern world as we see today from scratch. 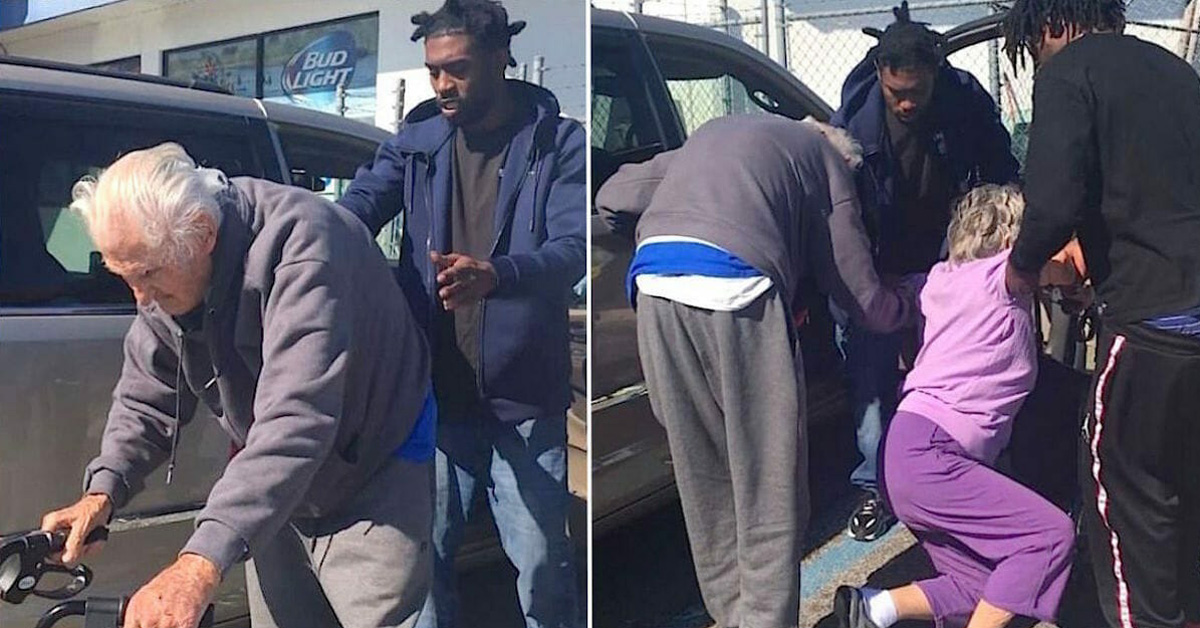 Surely they deserve love, support, and a system that aids them in their golden years.

Unfortunately, the system we have constructed today isn’t the most forgiving one.

Most of the infrastructure we have set up today was created without taking the elderly into consideration – not a great thing, considering just how much harder everything becomes when your body ages.

If you insist on living independently (or have no other choice), what may be simple chores for the younger folk becomes exhausting for them. 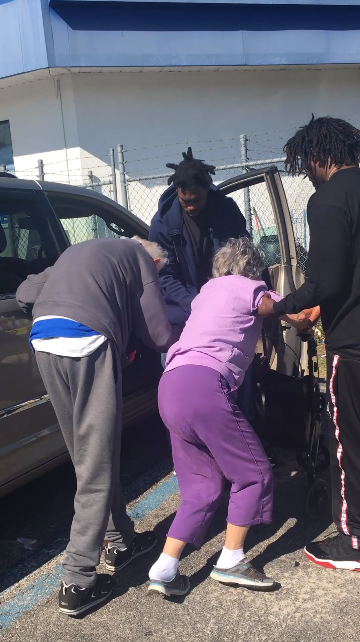 The result – a simple walk back and forth from the toilet is enough to leave 89-years-old Rose and 100-years-old David Griest shaky and prone to collapsing.

The elderly couple had just started their long trip back home after finishing Rose’s doctor’s appointment in Orlando, Florida.

Along the way, the two of them found themselves in need of the restroom, and so stopped their SUV at the first gas station they came across. 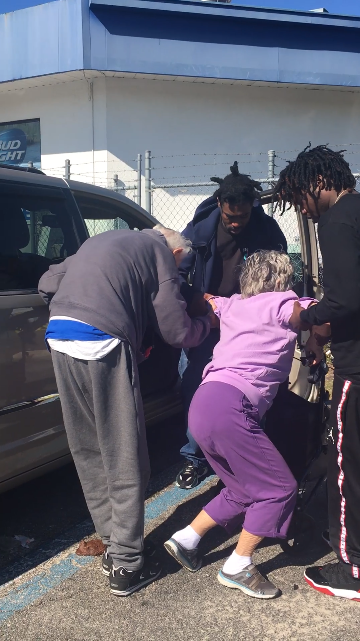 Although surprisingly healthy and strong for their age, it seems that the long day trip was starting to prove itself too much for the elderly couple.

By the time they were done with the restroom, they were fit to collapse.

Even with the help of a walker, Rose was clearly struggling to stay upright, let alone walk. Beside her, David was suffering similarly.

It was very possible that the couple’s legs may have given way before they could climb back into their vehicle.

Luck was with the two seniors that day, however.

Kanesha Carnegie, a police officer, was about to step in and help the elderly couple as per her sworn duty when three young men beat her to the chase. 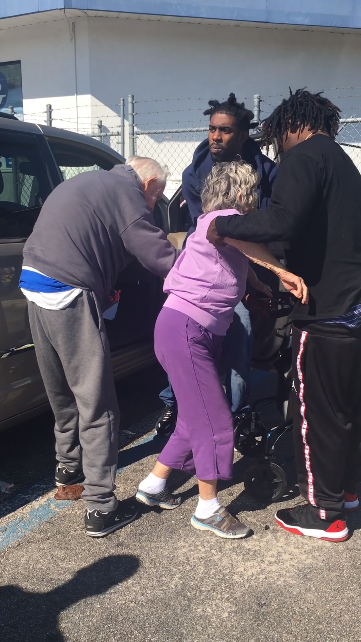 For those who are interested in the Orlando rapping scene, the names Marty, Joc Koe Stoe, and Freddy G may sound familiar to you.

It was this trio that was buying some snacks inside the gas station when they noticed the Griest couple struggling in the parking lot.

As a testament to just how well they were raised, these young men didn’t even blink before sprinting towards them to help.

Marty later explained to Fox 5 that he couldn’t stop thinking about how Rose could easily have been his grandmother, which spurred him into action to help the elderly couple.

Officer Carnegie was left in awe at just how quickly these youth sprung into action.

She decided to make sure this act of kindness didn’t simply fade into the night, and whipped out her phone to record the trio in action.

She later posted the clip onto Facebook, where the heartwarming video easily went viral and picked up over 5 million views!