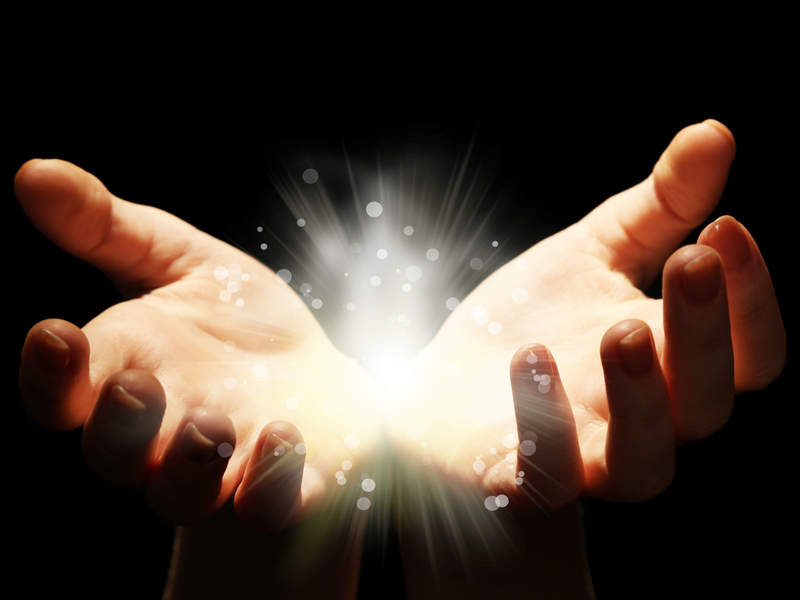 The opening chapter of the Bible begins with “In the beginning God created the heavens and the earth.” (Genesis 1:1) Day by day, God is able to take what was formless and desolate and with a simple command, speak creation into existence. Beginning with the incredible creation of the world as God’s first miracle, history is filled with countless accounts of miraculous events, all documented by the Bible. These awe-inspiring miracles recorded in the old and new testaments had huge impacts on the course of history and on mankind. While they are epic in proportion, they serve as wonderful reminders that while not totally the same as they were back then, miracles absolutely exist today in things both big and small, and that all things are possible with Him. Here are 10 epic miracles described in the Bible. 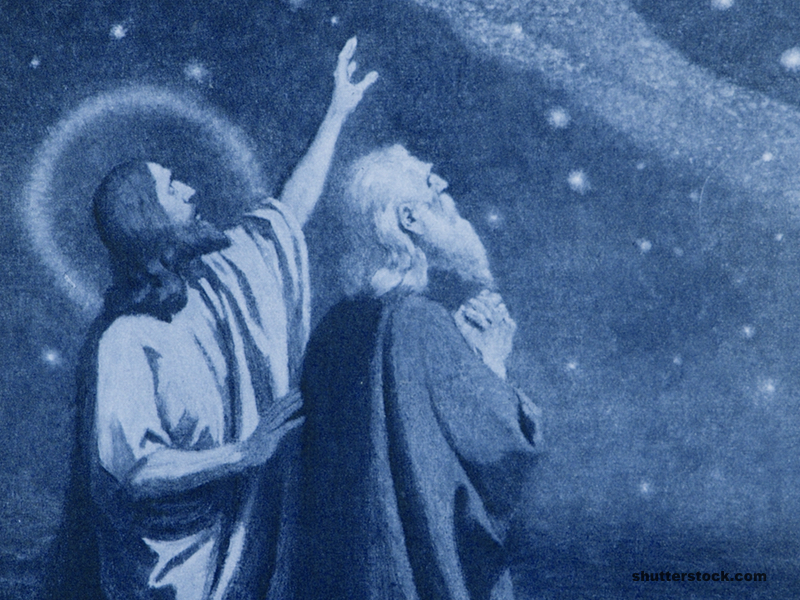 “Sarah became pregnant and bore a son to Abraham in his old age, at the very time God had promised him.” Genesis 21:2

What seemed utterly impossible at the old age of 100 for Abraham and 90 for Sarah, God blessed this special couple with their son Isaac, whom upon which God established His covenant with him as an everlasting covenant for his descendants after him. According to the narrative in the Book of Genesis, Abraham brought Isaac to Mount Moriah where he built a sacrificial altar to sacrifice Isaac at God’s command, as a test of Abraham’s faith. At the last moment, an angel stopped him and his unwavering belief in God’s power and promises were powerfully displayed in this incident. 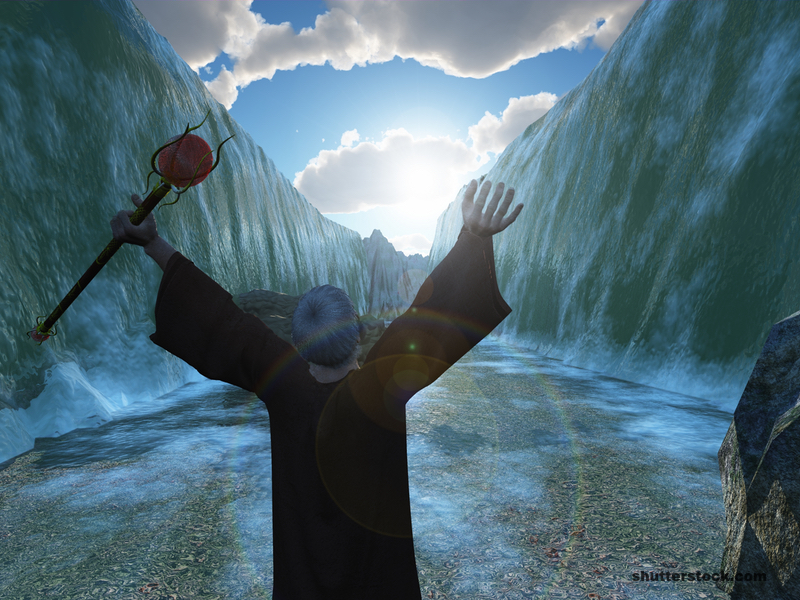 “Then Moses stretched out his hand over the sea, and all that night the Lord drove the sea back with a strong east wind and turned it into dry land. The waters were divided, and the Israelites went through the sea on dry ground, with a wall of water on their right and on their left.” Exodus 16:21

Just before the entire army of Pharaoh was about to encroach on the Israelites, God delivered them by allowing Moses to part the waters so they could safely pass through the dry ground of the Red Sea. As soon as they made it through, the Lord commanded Moses to stretch out his hand over the sea again so the waters could flow back into their proper place, thus killing the entire army chasing them. (Exodus 14:13-28) 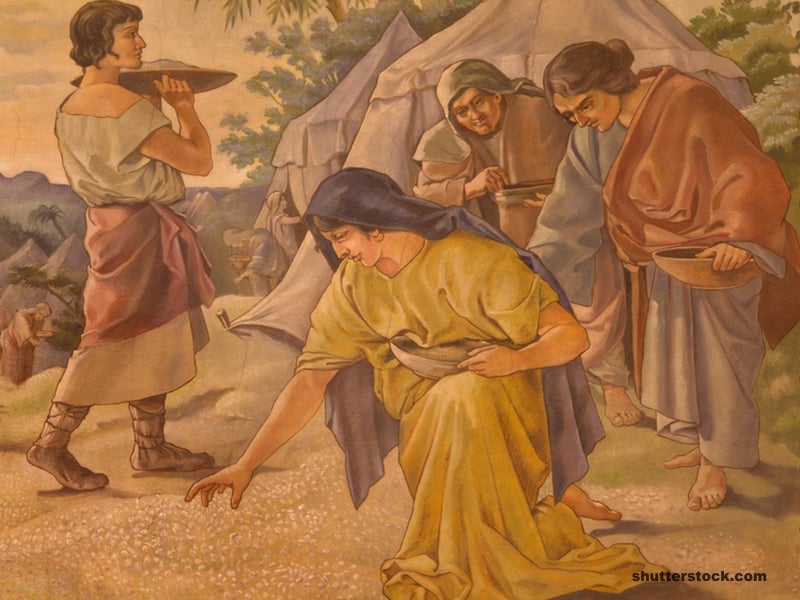 “Then the Lord said to Moses, ‘I will rain down bread from heaven for you. The people are to go out each day and gather enough for that day’…” Exodus 16:4

Just as the Israelites felt they were about to starve to death, the Lord showed them His glory by delivering them an abundance of manna from the sky to sustain them for forty years, until they reached the border of Canaan. (Exodus 16:1-35) Manna is from heaven. God provided this gift to the Israelites during their travels in the desert and is described twice in the Bible: once in the Book of Exodus, and once again in the Book of Numbers.

Jonah and the Whale 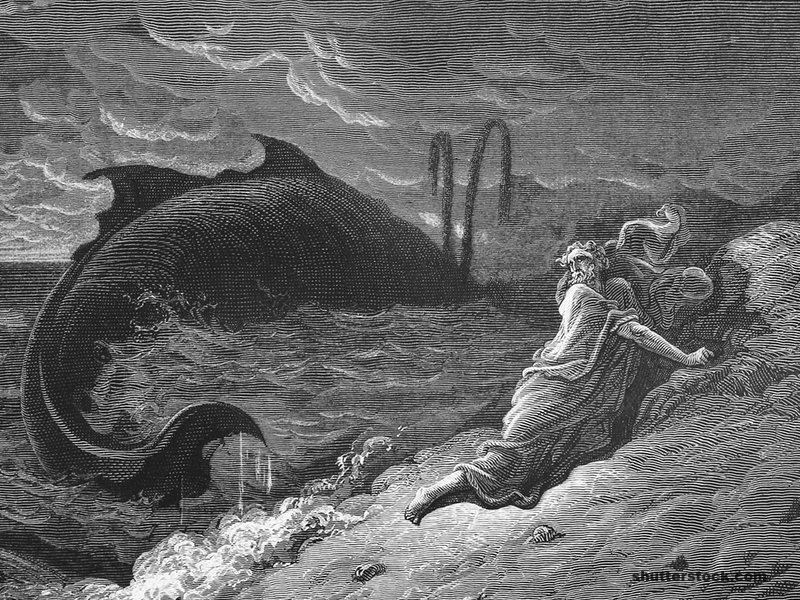 “From inside the fish Jonah prayed to the Lord his God…and the Lord commanded the fish, and it committed Jonah onto dry land.” Jonah 2

When Jonah stubbornly ran away from the Lord upon His command to preach in Nineveh, the Lord sent a giant whale to swallow him and keep him for three days and nights. After hearing Jonah’s prayer, God miraculously spared him from the belly of the fish, where Jonah was then able to carry out God’s commandment and ignite Nineveh’s belief in the Lord and save them from destruction. (Jonah 1-4) 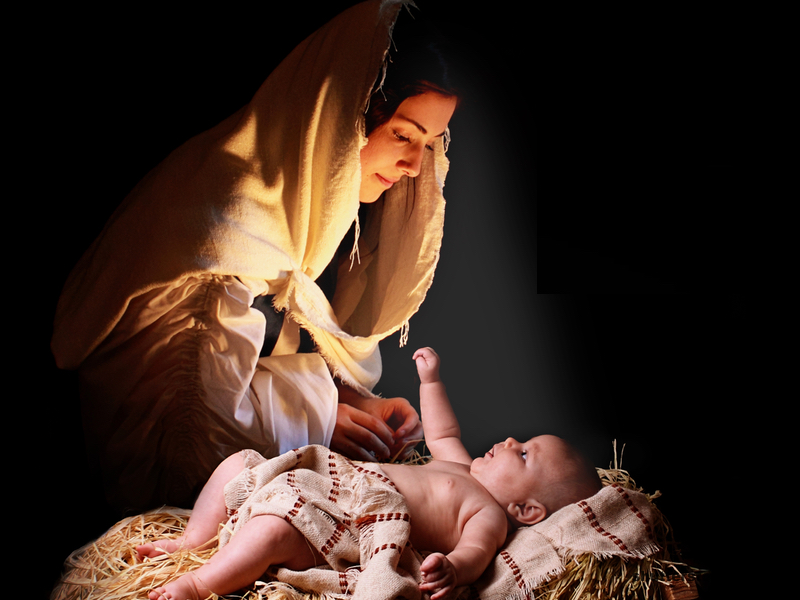 “This is how the birth of Jesus the Messiah came about: His mother Mary was pledged to be married to Joseph, but before they came together, she was found to be pregnant through the Holy Spirit.” Matthew 1:18

The world has never been the same since the moment God entrusted Mary and Joseph with the divine conception of Jesus Christ. A couple, who hadn’t yet known the other’s touch, welcomed a baby into difficult circumstances, that would become the Savior of the world.

Daniel and the Lions’ Den 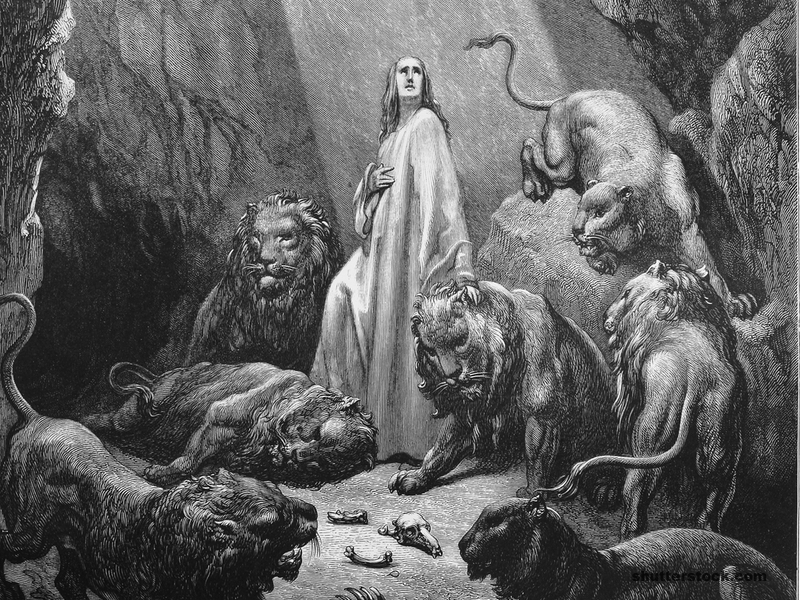 “Daniel answered, ‘May the king live forever! My God sent his angel, and he shut the mouths of lions. They have not hurt me, because I was found innocent in His sight. Nor have I ever done any wrong before you, Your Majesty.’ “ Daniel 6:21-22

As punishment for praying to God, King Darius threw Daniel into the lions’ den to what was considered a certain death. By morning fall, they were shocked to see that the same Lord Daniel had prayed to delivered him from the mouth’s of the lions. At that moment, they couldn’t deny the miracle they had witnessed and began to proclaim the glory and majesty of the God that saved Daniel. (Daniel 6:1-28) 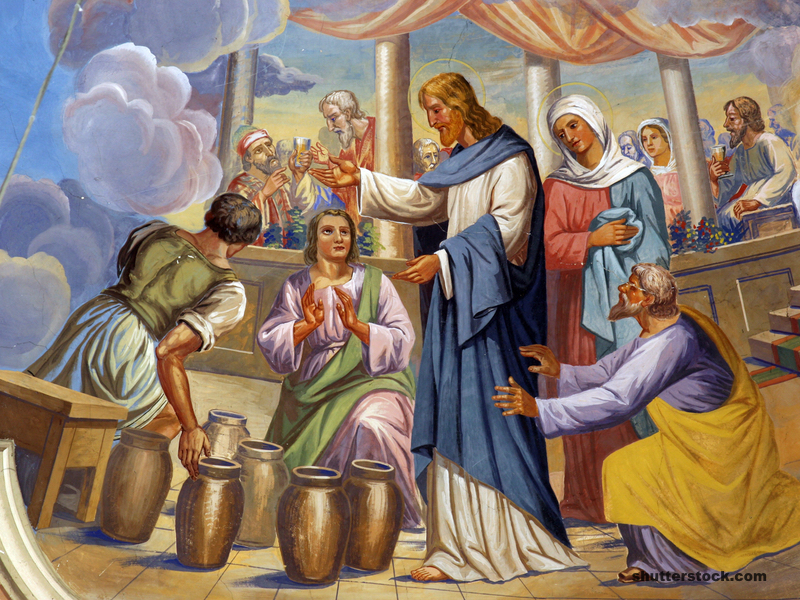 As His first miracle, Jesus revealed His glory to His disciples by coming to the rescue at a wedding in Cana in Galilee when there became a wine shortage. Not just any wine, but the best wine they ever tasted. From healing lepers and blind men to raising Lazarus from the dead, this was the beginning of a string of miraculous acts that Jesus performed in His short time on earth. (John 2: 1-10) 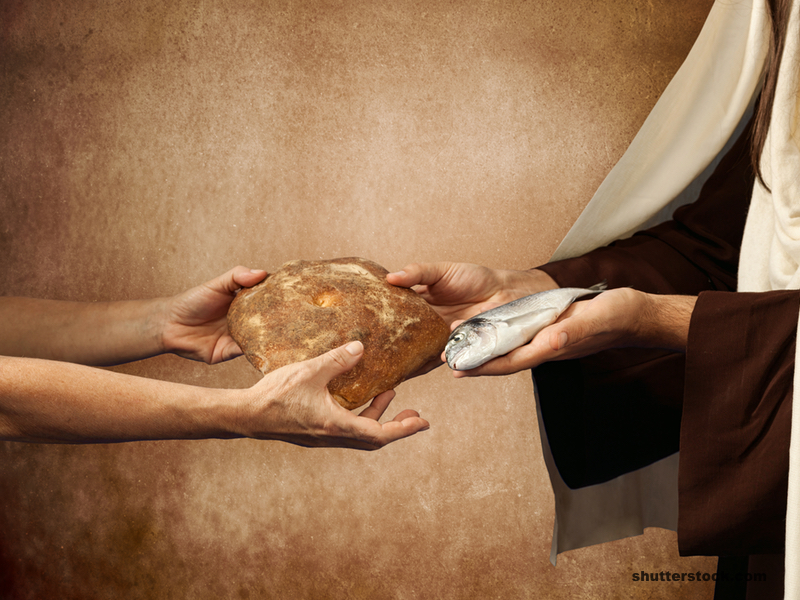 “Feeding the Four Thousand: “Then He took the seven loaves and the fish, and when he had given thanks, he broke them and gave them to the disciples, and they in turn to the people. They all ate and were satisfied.” Matthew 15: 36-37

As large crowds began to surface wherever Jesus went, they began to lay ill and crippled people at his feet and he would heal them. To further show His love and compassion in a miraculous way, on two occasions Jesus fed thousands of His admirers from simply a few loaves of bread and fish. (Matthew 14: 13-21; Matthew 15: 29-39) 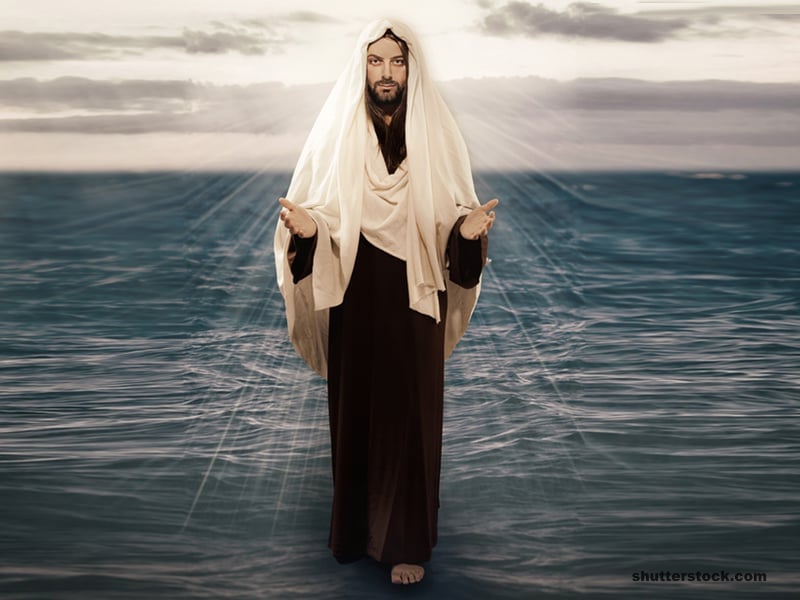 “Shortly before dawn Jesus went out to them walking on the lake. When the disciples saw him walking on the lake, they were terrified. ‘It’s a ghost,’ they said, and cried out in fear. But Jesus immediately said to them: ’Take courage! It is I. Don’t be afraid.’” Matthew 14: 25-27

Jesus knew his disciples still held doubt about Him, so in a test of faith, Jesus appeared to them doing what no man had done before—walk on water. As he lead his disciples through their doubt and fear, he proved to them that He is truly who He said he was…the Son of God. (Matthew 14: 25-32)